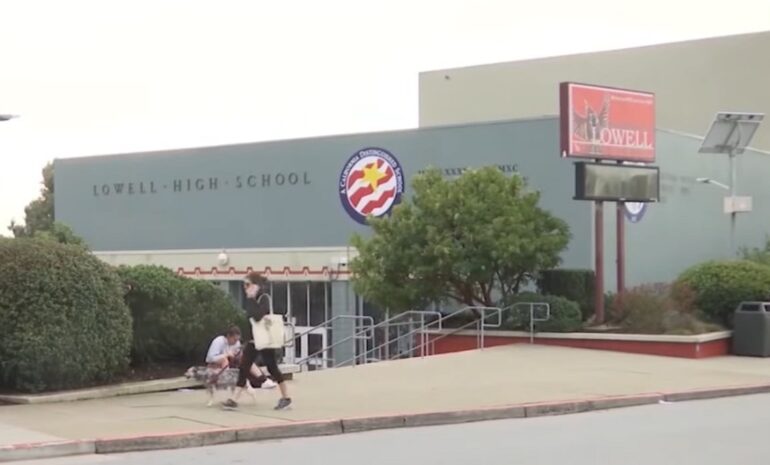 SAN FRANCISCO, CA—Good news and bad news. The good news, in a 4-3 vote, the San Francisco Unified Board of Education voted to reinstate merit-based applications to the prestigious high school back in June. The bad news, the students admitted to the school through its now-defunct lottery-based admissions caused Lowell to lose its ranking in the top 100 nationwide best high schools.

“The Best Public High Schools ranking is based on rigorous analysis of academic and student life data from the U.S. Department of Education along with test scores, college data, and ratings collected from millions of Niche users,” Niche’s website reads.

Lowell High School is no longer in Niche’s top 100.

The school board voted against extending the lottery-based system after three progressive board members were recalled in February. One of the recalled school board members, Alison Collins, called Asians “house n**gers” for performing so well in school.

The school board’s attempt to make the lottery-based admissions policy permanent was also struck down in court last November after a judge argued the board failed to follow state law in the process.

“We recognize that in light of the recent court decision, families are anxious to know what the admissions process will be for applying to Lowell for the 2022-23 school year,” said Superintendent Dr. Vincent Matthews.

“It would be logistically impossible to establish and implement any selective admissions criteria prior to the application deadline of Feb. 4 so I am recommending we maintain our current admissions practice for Lowell for the upcoming school year,” he added.

Lottery-based supporters claimed the now-defunct process streamlined the admissions process and made the school more diverse, which is more important than academic excellence.

“It is not just for one ethnic group. It’s for all students who choose to make Lowell their home,” Virginia Marshall, president of the San Francisco Alliance of Black Educators, told the San Francisco Chronicle.

Lowell is currently 56.8% Asian, 18.3% Caucasian, 18.3% Latino, and 1.7% African-Americans. Critics argue that Asian dominance in Lowell is a “lingering side effect of white supremacy.”