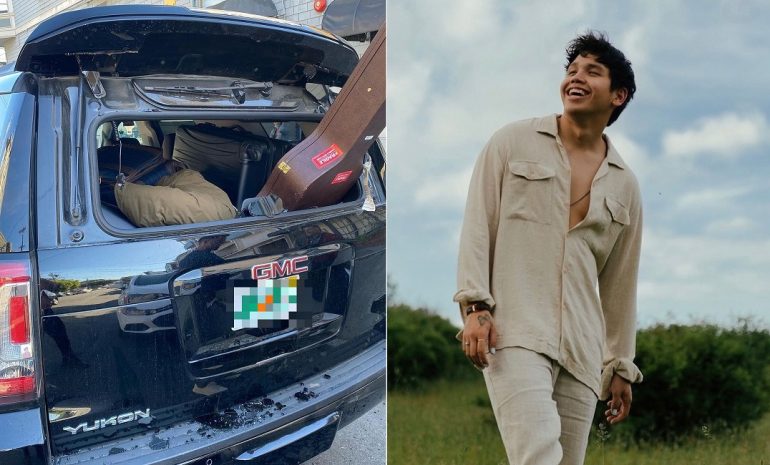 The robbery took place on Friday, within the first hour into his trip. The 22-year-old singer witnessed his car getting broken into on Filbert Street. He had been dining at Rooster & Rice, according to KPIX5.

Kane posted the video of the aftermath on his Instagram page, where he and his friends could be heard saying: “We almost got f**king shot, we almost died…”

“We kind of heard glass shatter, and we looked over and we kind of knew it was our car already,” said Kane. “We basically, three of us, two of my mates went over to the car, and as soon as we tried stopping them, they pulled out guns on us, all three of them, and then we ended up on the floor with our hands raised.”

When asked if the suspects said anything to him:

“Yeah, they were like don’t try anything, get out of the way. And they had the gun in my face.”

The 22-year-old victim told KPIX5 the robbers made off with more than $30,000 worth of camera equipment. Everything his team had just shot for their upcoming documentary was also lost.

SFPD stated the getaway car was a black Audi A6.

“So I go out every weekend and stuff like that, and to hear something like that is pretty unsettling,” said Cow Hollow resident Mitchell Rom to KPIX5.

It’s not beyond reason to believe Mayor London Breed will most likely blame Clinton Kane for keeping expensive equipment in his vehicle and for visiting San Francisco in the first place—he should have known better. If he can’t handle being robbed, he should have stayed out of San Francisco.