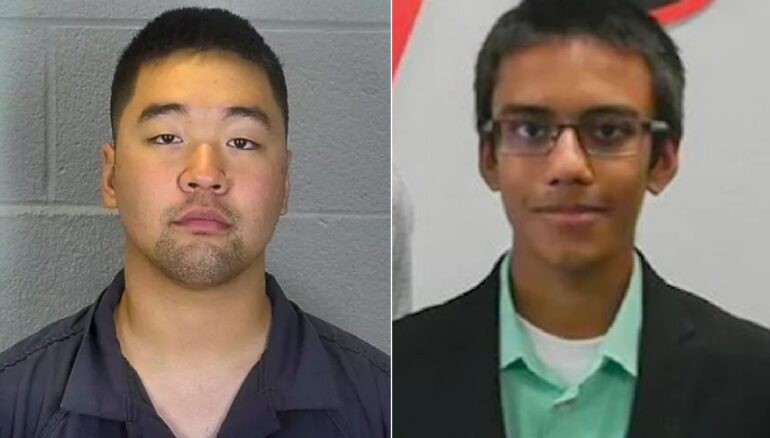 According to Purdue University Chief of Police Lesley Weite, 20-year-old Varun Manish Chheda, a senior majoring in data science from Indianapolis, was found dead in his room at McCutcheon Hall.

Chheda’s 22-year-old roommate, Gji Min Sha, was taken into custody on a preliminary charge of murder. Sha was a junior in cyber security and is an international student from Seoul, South Korea, according to ABC7.

Weite stated Sha—nicknamed “Jimmy”—called police at around 12:45 a.m. “alerting us to the death of his roommate” in their first-floor dorm room on the campus in West Lafayette, which is about 65 miles northwest of Indianapolis.

Sha attacked and stabbed Chheda with a knife. Authorities do not yet know the cause of the murder but believe Chheda was awake when the attack occurred.

Authorities stated there is no other threat to the community. No other roommates lived with the victim and the suspect.

“I believe this was unprovoked and senseless,” Weite said. “Our hearts go out to the victim and his family and friends. I can’t even imagine what his family is going through.”

The campus held a vigil Wednesday night for Chheda. This is the first homicide to occur on Purdue’s campus since 2014.

Purdue University president Mitch Daniels said in a letter to students, “I write to let you know that early this morning, one of our students was killed in his residence hall room. The suspect, the victim’s roommate, called police to report the incident and is in custody.This is as tragic an event as we can imagine happening on our campus and our hearts and thoughts go out to all of those affected by this terrible event.We do not have all the details yet. Our Purdue University Police Department is conducting a thorough investigation of this incident so that we all may learn more about what transpired.As is always the case, staff from our Office of the Dean of Students, our Residence Halls, and clinicians at Purdue’s Counseling and Psychological Services are providing support and are available to anyone who needs or wants their care.As Purdue’s president, but even more so as a parent myself, I assure you that the safety and security of our students is the single highest priority on our campus. Purdue is an extraordinarily safe place on any given day, and compared with cities of Purdue’s population (approximately 60,000 in all), we experience a tiny fraction of violent and property crime that occurs elsewhere.Such statistics are of no consolation on a day like this. A death on our campus and among our Purdue family affects each of us deeply.I am ever grateful to all of you who continually take the time to care for each other and know you will do so in the days ahead.”