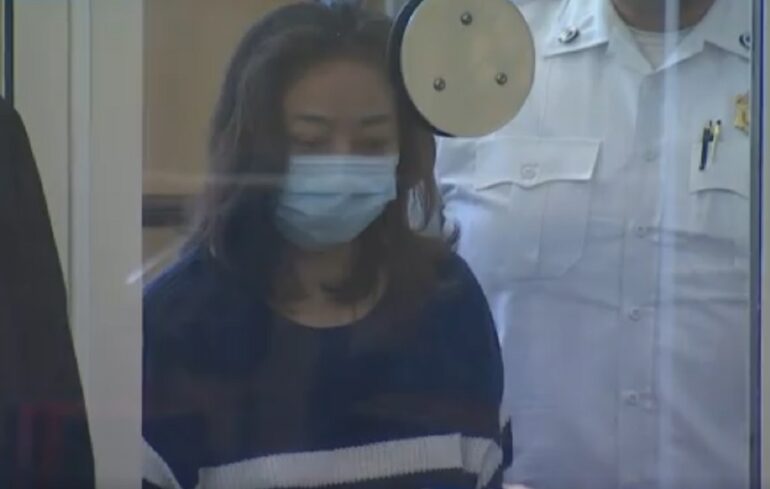 MIDDLESEX, MA—A woman allegedly beat her ex-landlord to death with a hammer and wrapped his body in a curtain after he found out she was forging checks in his name and had stolen over $40,000, according to authorities.

Xiu Fang Ke, 43, of Newton, was arrested and arraigned on a murder charge Wednesday in connection with the death of 65-year-old Leonard Garber, her former landlord.

Garber’s family reported him missing on Monday and Newton police visited his home to conduct a wellness check, but were unable to find him. Police made two subsequent visits on Tuesday and discovered his body, according to NBC News.

The body was found under construction materials and other heavy items wrapped in a curtain.

“Based on the preliminary assessment, it appears that the body may have been there for more than one day and that it had been placed in such a way as to conceal it,” officials said.

Authorities later determined that Garber and Ke had been “spending time together” and that Ke had been “forging checks from the victim’s account,” stealing more than $40,000.

When Garber found out about the theft, he allegedly confronted Ke and that’s when she allegedly struck and killed him and then attempted to hide his body.

Investigators combed through Garber’s financial records and later reviewed surveillance footage from his home, which showed an Asian female—later identified to be Ke—entering the residence in the days before his body was found.

Ke was actually Garber’s tenant several years ago at a different property, not where the murder took place.

“During the interview, the defendant admitted that she had stolen checks from Leonard Garber and that she had killed him,” Assistant District Attorney Julie Kunkel said in court Wednesday. “She later stated that she had used a hammer and hid his body in the location where it was eventually found by police.”

“The defendant sent out a message on a group chat admitting that she had stolen the money, that she owed gambling debts and that she wanted to end her own life,” Kunkel said in court.

Ke is currently being held without bail.