Biden Nominee Refuses to Say Discrimination Against Asians is Wrong 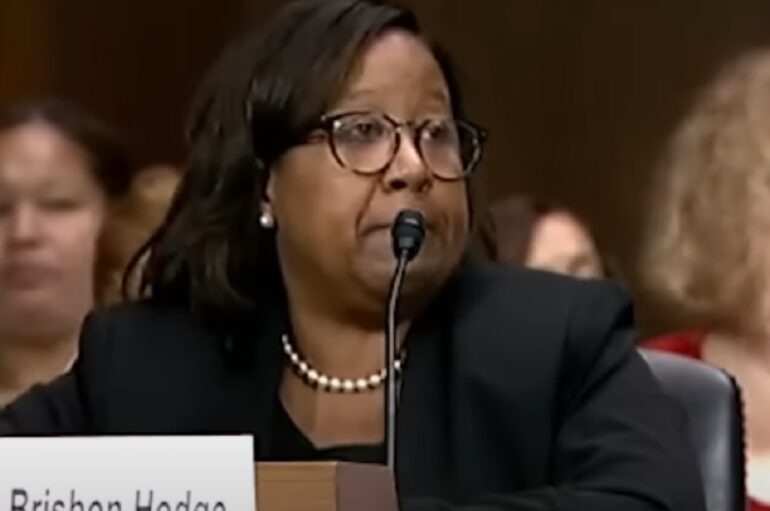 During a Senate Judiciary Committee hearing, Sen. Josh Hawley (R-MO) questioned Hodge about affirmative action and an article she wrote for Bloomberg back in December 2020, titled: “What’s Next for Harvard’s ‘Fair Admissions’ Case?”

In the final paragraph of the article, Hodge wrote: “The argument of those who opposed the use of race as a factor to be considered in college admissions is rooted, in part, in the belief that racism and systems that imposed barriers based on race in American society no longer exists. That argument has failed to overcome a principle that is of paramount importance in this country: Diversity matters, and its value is immeasurable, especially in education.”

Asians are now judged by the color of their skin and not by the content of their character. Their sheer dominance in higher education and STEM are now openly resented by liberal Caucasians and African-Americans who wish to stop Asian progress for the sake of diversity while preaching “America’s merit” is what makes this country so great.

Harvard University conducted a secret study from 1995 through 2013 and found that Asian-American students admitted to Harvard scored higher on the SAT than any other racial group. These findings didn’t fit the narrative and were buried until the Trump administration forced the Ivy League school to release its findings in court and subsequently through their campus newspaper, the Harvard Crimson.

The argument is that diversity is “superior.” However, American corporations, who have pushed for more diversity for the last 30 years, have been outclassed by their Asian competitors who value merit. Does the diversity argument still hold water?