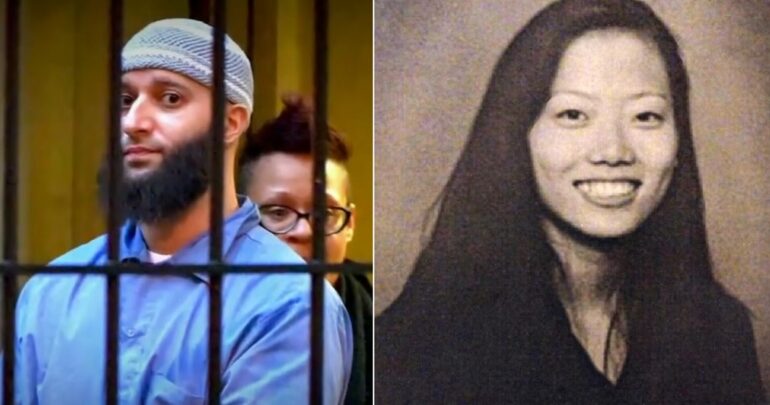 BALTIMORE, MD—Baltimore Circuit Judge Melissa Phinn vacated Syed’s first-degree murder conviction and stated prosecutors failed to turn over evidence to his lawyers that could have helped prove his innocence on Monday, September 19.

Shortly after Monday’s hearing, Syed, now 42, walked out of the courtroom a free man after 23 years in prison. However, he will be required to wear an ankle bracelet.

Adnan Syed, 17, was convicted of murdering his ex-girlfriend, 18-year-old Hae Min Lee in 1999. He was found guilty of first-degree murder, robbery, kidnapping, and false imprisonment back in 2000 and sentenced to life in prison.

Syed’s murder case gained nationwide attention after it was featured on the popular true-crime podcast “Serial” back in 2014.

Judge Phinn further explained her decision to vacate Syed’s conviction by stating authorities did not properly turn over evidence to his defense attorneys that could have possibly proven his innocence and improperly cleared two other suspects during the investigation.

“We’re not yet declaring Adnan Syed is innocent,” Baltimore City State’s Attorney Marilyn Mosby said Monday following the judge’s ruling. “But we are declaring that in the interest of fairness and justice he is entitled to a new trial.”

Prosecutors have 30 days to decide whether to pursue a new trial. They are currently waiting for DNA analysis to determine whether Syed will indeed face a new trial.

Lee’s brother, Young Lee, wept throughout his virtual court appearance on Monday as he contemplated how the series of events unfolded.

“I was kind of blindsided,” Lee told the court. “I always thought the state was on my side, but out of nowhere I hear that there’s a motion to vacate judgment, and I thought, honestly, I felt betrayed.”

“The family is principally interested in justice,” Young Lee said outside court. “For the past 22 years, the world and they have been told that Adnan Syed is the murderer of their daughter and sister Hae Min Lee. Now the court and prosecutors have a different view. The family seeks truth and a just process and result.”

Prosecutors said they are continuing their investigation and will “bring a suspect or suspects to justice,” if Syed is truly innocent.