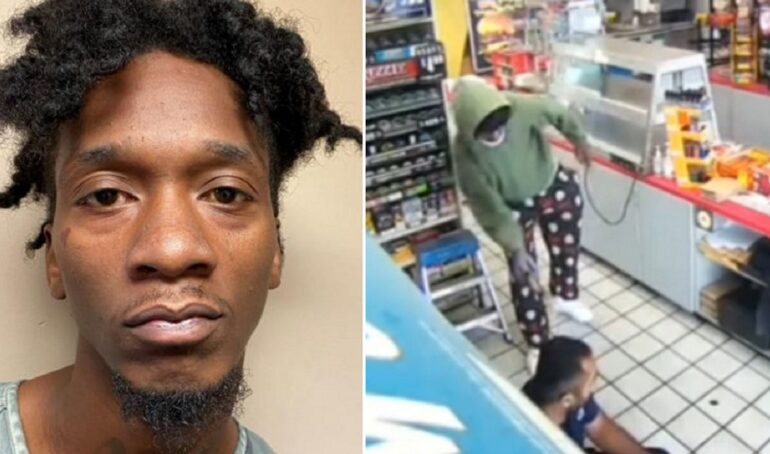 TUPELO, MS—A Tupelo man is facing a capital murder charge after he allegedly shot and killed a convenience store clerk during a Sunday morning robbery.

Asian Dawn originally reported the violent murder of Mr. Singh took place in the state of Georgia where an African-American suspect named Antwan Warthen murdered 44-year-old Tony Zenabe. He begged for his life before he was shot and killed. That ended up being a completely different case. There are dozens of similar cases in the state of Georgia.

Police were called to a Chevron station at around 9:30 a.m. Sunday for a report of an injured person. Responding officers found 33-year-old Singh suffering from an apparent gunshot wound to the head. He was taken to the North Mississippi Medical Center in “grave condition.”

Surveillance footage showed Singh completely obeyed all commands given to him by Copeland and sat on the floor and tried his best to comply. However, the suspect shot Singh in the back of the head simply because he could.

Detectives quickly identified Copeland as a suspect and executed a search warrant at his last known address in Tupelo at around 1:30 p.m. on Sunday. A short time later, Copeland approached officers and was detained without incident.

Copeland was initially charged with aggravated assault, armed robbery, and violation of his Mississippi Department of Corrections probation, reports NBC3.

On Tuesday, September 13, Copeland’s charges were upgraded to capital murder. In the state of Mississippi, a capital murder conviction only has two possible sentences: life without parole or death.