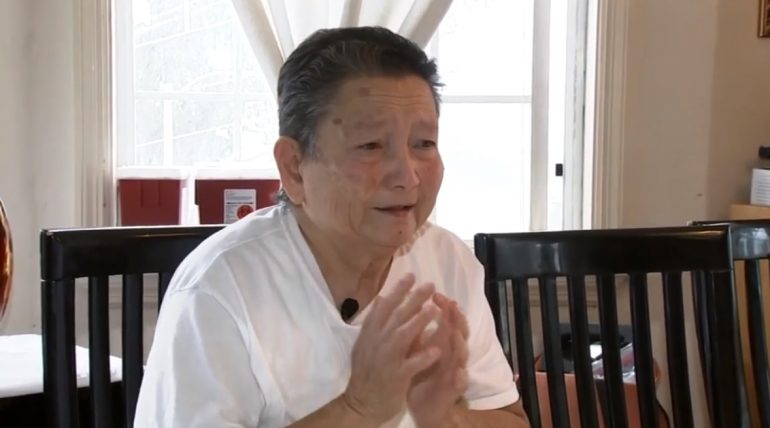 SAN FRANCISCO, California—Remia Reyes, 71, is considering moving out of San Francisco after being placed in a chokehold and carried by the neck in an attempted robbery at her Oceanview home, according to ABC7.

The Washington Examiner reports 40% of San Francisco residents plan to leave due to crime and poor quality of life.

Reyes believes her screams to her domestic partner inside the house is what saved her life.

The 71-year-old victim told ABC7 she was unloading groceries from her SUV the afternoon of July 14 when she suddenly felt an arm around her neck. Reyes initially thought it was a relative joking around with her but as the grip got tighter, she realized something was terribly wrong.

“I said, God if this is my call, I accept it. I will accept. If I have done something wrong in my life, forgive me. I’m willing to accept it, Lord. That’s what I was thinking,” said Reyes.

One of two suspects lifted the barely 5-foot tall Reyes off the ground and carried her in a headlock through the garage, reports ABC7.

“I said please don’t hurt me. I have some money. Not much but I just want to share with you my money,” said Reyes.

What Reyes said next may have saved her life.

Reyes began calling out for her domestic partner, Solita Magsalin who was upstairs.

“I said ‘Dai! Dai!’ He thought I was telling Dan or Dad,” Reyes explained to ABC7.

“Dai” is a term of endearment for someone in the Philippines. Reyes explained she is half Chinese and half Filipino.

“Maybe he (the suspects) thought I was Chinese,” Reyes explained, referencing the stereotype that Chinese people carry and possess large amounts of cash.

The suspect carrying Reyes dropped her to the ground while the other one ran away. No possessions other than garage door openers were taken and both women are afraid the pair of suspects will be back.

However, the suspects took more than just a pair of garage door openers. They also took a sense of security the couple had.

“This is my security right now?” says Reyes who picks up a black rubber mallet which she carries around at all times and sleeps with.

No racial description of the suspects were given.