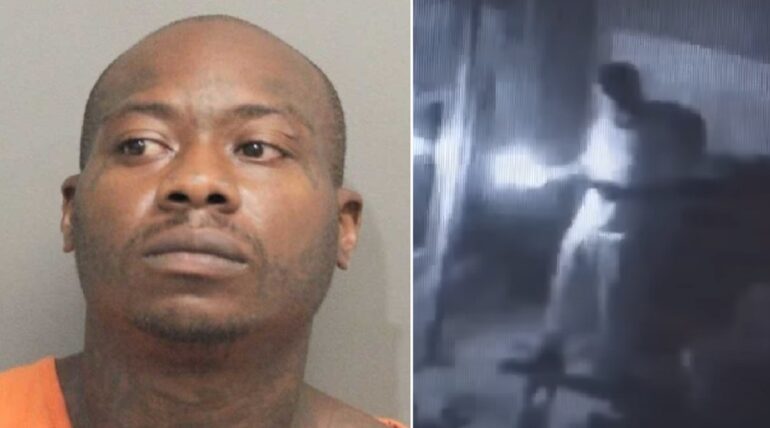 HARRIS COUNTY, TX—A suspect out on bond goes to great lengths to break into an Asian family’s home, lock himself inside the bedroom of their teenage daughter, and tries to “sleep” with her, according to police.

The horrific ordeal happened Sunday morning in the 4100 block of Lake Cypress Circle.

The African-American suspect later identified as Andra Singleton, 33, initially tried to make entry into the home by burning the back door with several chemical accelerants before eventually breaking a window.

Once inside, Singleton barricaded himself inside the 13-year-old girl’s room, rummaging through her underwear drawer.

The girl was still asleep until Singleton pulled her hair. He told the little girl he was “tired” and wanted to sleep with her and demanded that she cuddle with him. She refused and began asking questions to stall for time. However, once she realized she couldn’t talk her way out of the situation, she began to scream.

Her parents woke up and called 911, reports Click2Houston.

The girl’s older brother also woke up and ran toward her room. As he tried to open the door, Singleton held the door shut.

When deputies arrived at the scene, the suspect had already jumped out of the girl’s second-story window and fled on foot. A perimeter was set up and Singleton was tracked down and taken into custody.

Singleton was booked into the Harris County Jail and charged with injury to a child and burglary of a habitation with intent.

The 33-year-old suspect was already out on bond for aggravated robbery with a deadly weapon, possession of a controlled substance, and criminal trespass of a habitation.