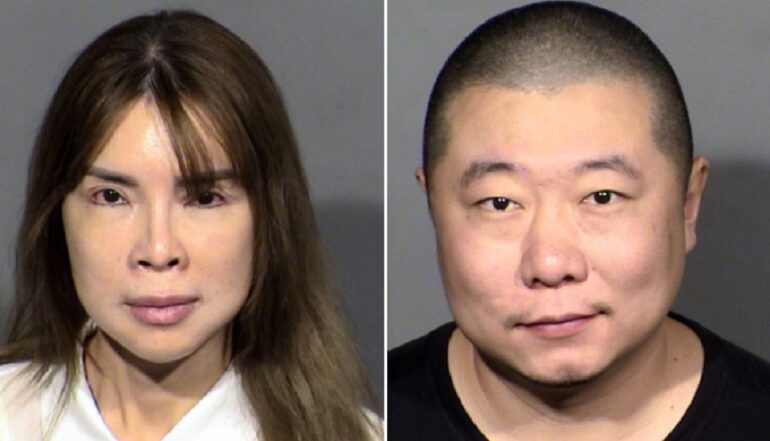 In late June, an officer received a report of “possible illegal activities” at a house near Flamingo Road and Decatur Boulevard, west of the Las Vegas Strip.

Later that day in June, the same officer stopped a car that had just left the house, believing a crime may have “possibly occurred at the residence.” The driver told the officer “he paid an Asian female $200” for sex and had responded to a Craigslist ad.

Metro police VICE unit soon took over the investigation, believing the home was being used as an illegal brothel.

Over a two week period in July, investigators observed nearly 200 men enter and exit the home.

“The males would usually spend less than an hour inside the residence and then leave,” police noted in the report.

Upon an initial investigation, authorities discovered an LLC registered at the home address with Heng Vang Ho as a registered agent, however, police could not find a business license.

Authorities watched Ho drive from another location to a bank and then to the alleged brothel’s location. Police also learned Ho had reported a burglary in 2019 using the same phone number on “multiple online advertisements for prostitution with Asian females,” according to 8 News.

According to 8 News, police wrote they suspect “Ho has been exploiting and victimizing young females since at least 2016” for profit. They noted she “drives luxury vehicles” and lives “in a large home.”

Ho was released from custody on her own recognizance and is due back in court next month. Tian is actually being held without bail due to other unrelated charges.