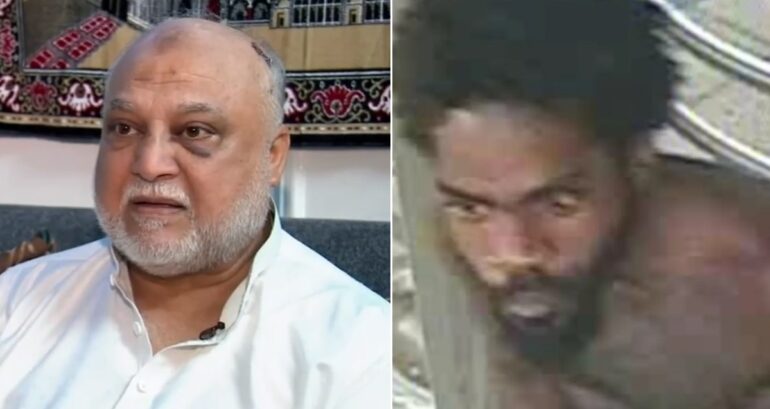 BROOKLYN, NYC—A 64-year-old South Asian man was beaten with a rock in a brutal attack on a Brooklyn subway platform on his way home from work over the weekend.

Intazar Dar was riding the Q train from his security guard job in Lower Manhattan just before 1 a.m. Saturday, August 20, when he was attacked by an African-American male at the Avenue H station in Midwood.

Dar’s regular commute turned into a nightmare. He told ABC7 that he first noticed a man who was angry and mumbling loudly and pacing in the subway car. The 64-year-old quickly exited the train at his Avenue H stop, however, the man followed him out.

The African-American man jumped onto the tracks, grabbed a rock, and punched Dar in the face before striking him in the head about four times with the rock like a savage.

“This is the first time it’s happened in my life in New York City, but now I’m scared. It’s been two years since I’ve been doing my job — I don’t have any problem with this place…now I see a lot of homeless people – they make me scared,” Dar told ABC7.

The 64-year-old was taken to Maimonides Medical Center, where he was treated for head trauma and released. However, Dar still suffers from swelling to his head and will most likely take a week off work to recover.

Surveillance footage released by the NYPD showed the unidentified suspect shoving Dar on the platform. Cameras also captured the attacker fleeing the station.

One witness described the assailant as “Childish Gambino on crack.”

The NYPD describes Dar’s alleged attacker as a “male” in his 30s, approximately 5 feet 9 inches tall, and weighing about 170 pounds with brown eyes and black hair.