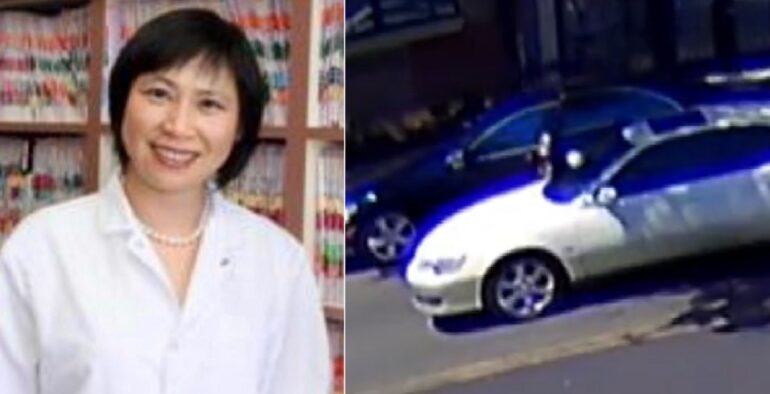 OAKLAND, CA—Surveillance footage captured the deadly shooting of an Oakland woman in the city’s Little Saigon neighborhood on Sunday, August 21. The shooting took place just after 2 p.m. near 5th Avenue and East 11 Street.

The footage shows a black sedan pulling up to a curb before a white Lexus sedan stops next to it. As the driver’s side door of the black car opens, someone gets out of the Lexus and runs over to the passenger’s side of the black car.

The 60-year-old Asian woman can be heard screaming, followed by three gunshots. A person then gets back into the white Lexus and drives off. The woman died at the scene.

Here's the surveillance video of the killing. Suspect car parked/waited on 5th Ave near E 11th St for 30-45 mins before victim car pulled up. 2 cam angles of the shooting. pic.twitter.com/wQLQaoQa2k

The victim was later identified as 60-year-old Lili Xu, a dentist who lived and worked in Oakland. She just celebrated her 60th birthday a few weeks ago.

“What does it say about our community when we cannot walk down our own street, visit a neighbor, or enjoy a picnic on the lake on a Sunday afternoon? We can and must do better,” said Oakland City Council President Nikki Fortunato Bas.

The Oakland Police Department said it is investigating the deadly shooting but has not yet announced a suspect. Anyone with information is asked to contact the Homicide Section at(510) 238-3821or the TIP LINE at 238-7950.