Machete-Wielding Man Run Over and Beaten in Hawaii 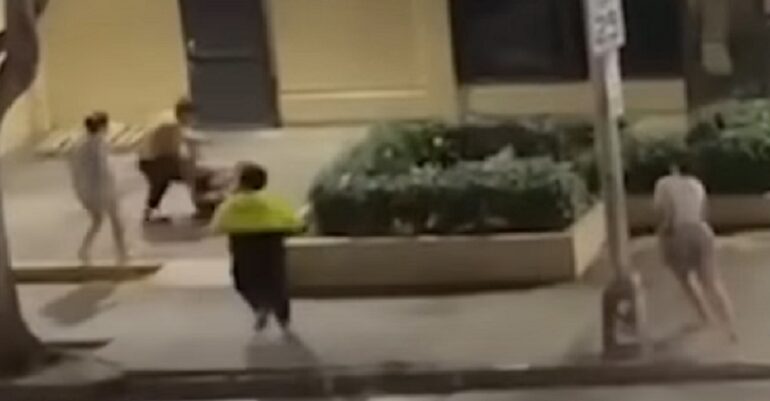 HONOLULU, HI—Police have opened a second-degree attempted murder investigation after a 30-year-old machete-wielding homeless man was struck by an SUV and then beaten in Chinatown Monday night.

Police said the man threatened two women—ages 21 and 19—and a 23-year-old man with a machete in the 100 block of North Beretania Street near the Chinatown Cultural plaza around 9:55 p.m. Monday.

The homeless man screamed “Go back to Micronesia” and “You’re fat and ugly” among other insults and threats.

Within minutes, he’s struck by a black SUV.

The occupants of the vehicle, two men and two women exit the vehicle and proceed to beat the homeless man down.

Witnesses identified the assailants as Samoan or Hawaiian. The homeless man was able to break free and run off. The attackers were a bit overweight and were unable to give chase.

The homeless man was later identified as 30-year-old Trevor Guttman, according to Star-Advertiser.

The assailants left the scene as police arrived.

Although Guttman is suspected of making terroristic threats, he was not charged by authorities and was released shortly thereafter.

Police are currently searching for the suspects who beat Guttman down for attempted murder.