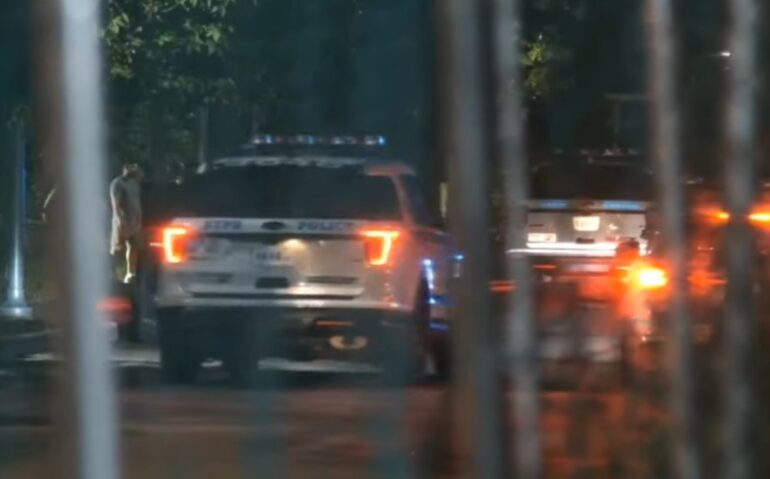 Dereck Chen, 19, was with several friends just after 10 p.m. when he got in an elevator leading to the store parking garage on Shore Parkway in Bath Beach, according to CBS News.

Authorities said the suspect—later identified as 18-year-old Edino Tzul—tried to steal Chen’s backpack, then pulled a gun and shot him in the face point-blank when he fought back.

CBS2 spoke with an employee who witnessed the murder.

“They were heading towards the elevator. All I heard was, ‘Get off my bag,'” Rodney Tele told Westbrook. “He was trying to hold onto the guy’s briefcase or whatever he had on him, and all of a sudden, shots rang out — two or three. And I had jumped in the building, because I didn’t want it to be me, so I wound up moving out.”

Police said the 18-year-old gunman fled on foot, but as he made his way out of the garage, he ran into officers and was quickly arrested.

Chen was transported to nearby NYU Langone Hospital-Brooklyn, where he succumbed to his injuries. Police believe the robbery was random and Tzul did not know Chen.

Police say Tzul also robbed a 17-year-old boy at gunpoint at the scene as well.

The store reopened Friday, and the company released a statement calling the shooting a “terrible tragedy.”

“BJ’s Wholesale Club joins our Bath Beach community in mourning the loss of the victim and denouncing violence of any kind.  The safety and security of our BJ’s members, team members and community is our top priority, and we are working with local authorities and security experts to ensure the safest environment.”