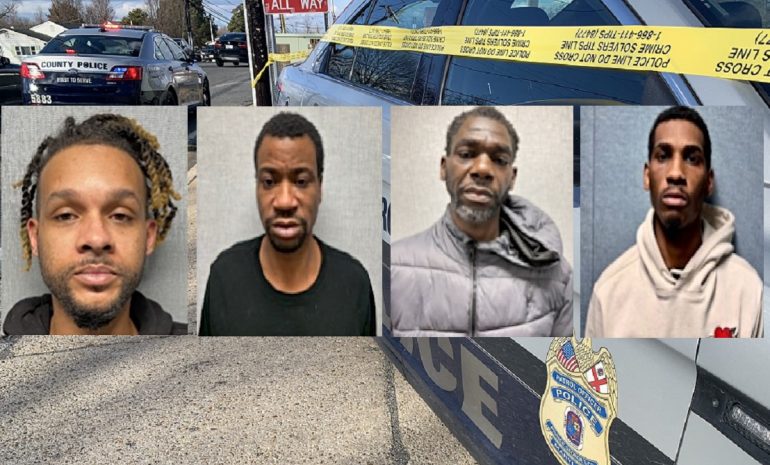 Investigators say Jang was shot and killed during an attempted robbery at Food Zone. When officers responded to a robbery-in-progress, Jang was suffering from multiple gunshot wounds. He was pronounced dead at the scene. The store still remains closed, according to Fox 5.

Omar Romero says they live next door in this Fort Washington neighborhood and stopped by the store every day, reports Fox 5

The suspects are all charged with first-degree murder and related charges. A court commissioner ordered Reeves and Wood held without bond at the county’s Department of Corrections. Wills and Hagens are being held on a no-bond status in Charles County, according to Prince George’s Police Department.

If anyone has information relevant to this investigation, they are asked to please call detectives at 301-516-2512. Callers wishing to remain anonymous may call Crime Solvers at 1-866-411-TIPS (8477), or go online at www.pgcrimesolvers.com, or use the “P3 Tips” mobile app (search “P3 Tips” in the Apple Store or Google Play to download the app onto your mobile device.) Please refer to case number 21-0002906.