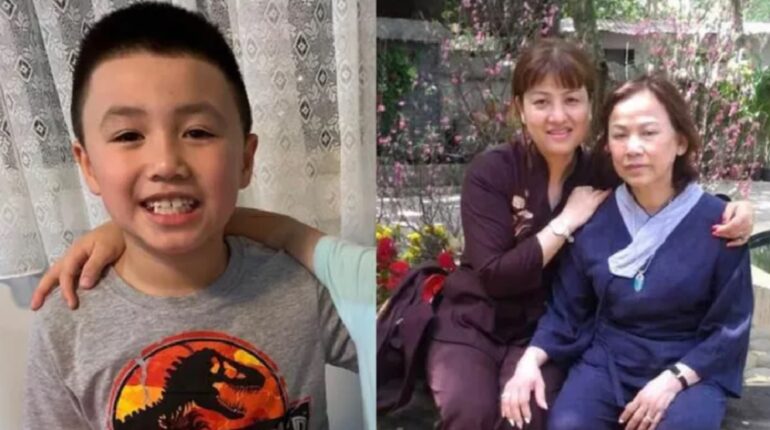 Vickie and Minh lived there with their son and other family members, Sadly, the fire took the life of their 10-year-old son, Darren, as well as Vickie’s mother and cousin, according to their GoFundMe page.

Minh is currently fighting for his life in the ICU. Vickie and Minh’s mother have since been discharged from the hospital and are physically okay.

A total of four people and two firefighters were taken to the hospital after the inferno broke out on Rottnest Avenue in Hinchinbrook at about 5:30 a.m. Sunday, reports ABC News.

A team of 60 firefighters battled the flames while paramedics treated family members at the scene. A neighbor attempted to enter the home and spray it with a garden hose but it had little impact due to the intensity of the fire.

Six people were inside the home, however, firefighters were only able to rescue three from the burning building.

Two women, believed to be in their 40s and 50s, were pronounced dead at the scene. Darren, 10, was rushed to Westmead Children’s Hospital in critical condition and succumbed to his injuries later Sunday morning, according to ABC News.

Paramedics worked tirelessly to resuscitate Darren at the scene—who suffered critical injuries—before rushing him to the hospital.

“The fire was so intense that firefighters actually couldn’t make it to the front door because of the radiant heat,” he stated.

“They made their way up onto the second story, and at that location managed to rescue three people who were handed over to an ambulance for treatment.

“Unfortunately, two of those three people have been confirmed to be deceased … which is a tragic outcome for both the family and the local community.”

An investigation is currently underway and it is unclear how the fire started. Chief Inspector Fenwick called for anyone with information about the fire to contact Crime Stoppers.