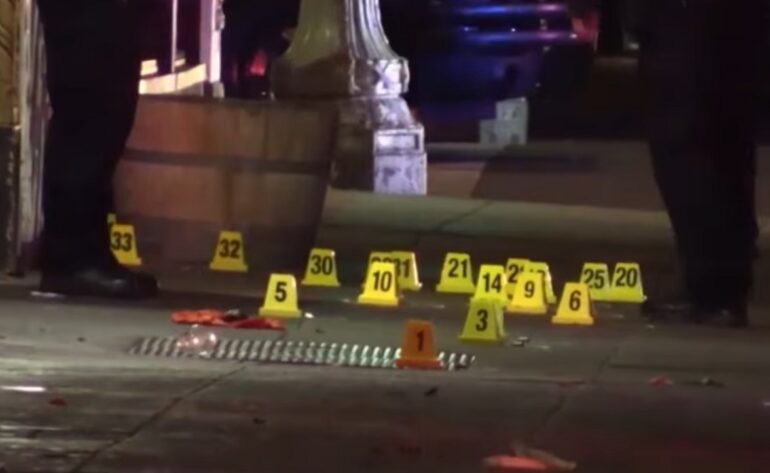 OAKLAND, CA—An Uber driver was shot and killed during an attempted robbery in Oakland Sunday morning, according to police.

Kon Fung, 52, was one of three people murdered in Oakland over the weekend, according to Oakland Police Chief LeRonne Armstrong during a Monday press conference.

Flowers were left on the sidewalk in the 2000 block of 13th Avenue where he was parked on Sunday morning when two men ambushed him, reports ABC7 Bay Area.

“We believe that this was a robbery. We don’t know initially what the underlying circumstances may have been, but we know that Mr. Fung was working in the area,” stated Chief Armstrong.

Fung’s girlfriend and her son told ABC7 that he was indeed the Uber driver. They stated he was inside the vehicle getting ready to start driving.

Video footage of the incident, which hasn’t been made public, shows two men walking up to Fung’s door, opening it, words are exchanged and in less than five seconds Fung was shot and killed.

No racial description of the suspects were given, however, it is Oakland.

Chief Armstrong said “Beat 19” several blocks from where Sunday’s homicide took place is now considered one the most violent areas in the city.

Over 650 Racist Acts Were Reported by Asian-Americans Last Week

“Beat 19” is categorized as the area from 2nd to 14th Avenue along International Boulevard and East 12th Street.

Armstrong stated the majority of crimes are being committed by one percent of the population. That’s around 4,500 people. Fung’s death also marked the 63rd homicide in the city this year. The 64th homicide happened less than 24 hours after his death, reports ABC7.

Oakland residents desperately want the police to be “refunded” after being defunded in 2021. However, many advocates blame white supremacy and systemic racism for the uptick in violence in the city and some believe police and prisons should be abolished altogether.