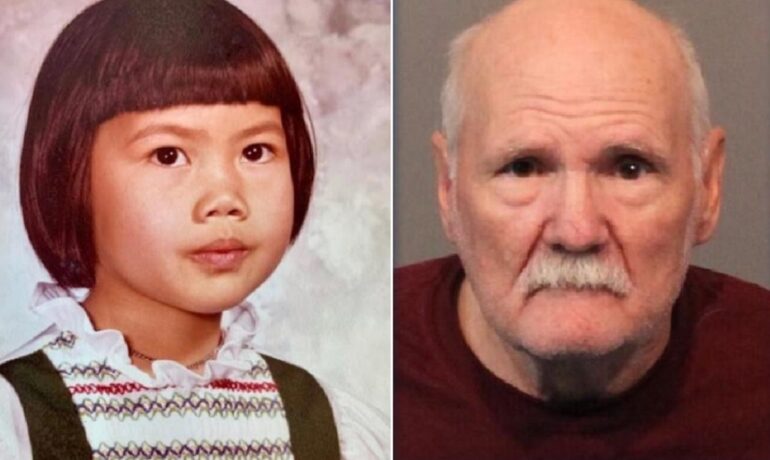 SEASIDE, CA—A 70-year-old Nevada man has been arrested and charged with murder for the killing of a 5-year-old girl in Seaside 40 years ago, according to the Monterey County District Attorney’s Office.

Robert Lanoue, a Reno resident, is accused of killing Anne Pham, who disappeared while walking to her kindergarten class at Highland Elementary School back on January 21, 1982. She was found dead two days later at Ford Ord, reports CBS Bay Area.

The cold case task force reopened the case in 2020 in collaboration with Seaside police and submitted evidence for a type of DNA testing that was not available at the time.

Lanoue was 29 at the time and living in Seaside. He lived about a block and half away from the Pham family.

“It’s a very strong case. DNA has a large part, genealogy has a large part and circumstantial evidence, in this case, is extremely powerful,” Seaside Interim Police Chief Nick Borges told KION46. “The suspect lived about a block and a half away from Anne Pham.”

Authorities obtained a warrant on Wednesday for Lanoue’s arrest. He is currently being held in Nevada pending extradition to California, according to CBS Bay Area.

Lanoue will be charged with first-degree murder with special circumstance allegations that he killed Pham while committing kidnapping and a lewd act on a child under 14 years old.

Anne Pham was the youngest of 10 siblings. She convinced her mom to let her walk to school alone that fateful morning in 1982.

“Normally she walked to school with her mom but on this particular day it was raining, and she convinced her mom and older brother she wanted to walk to school herself,” Chief Nicholas Borges told PEOPLE.