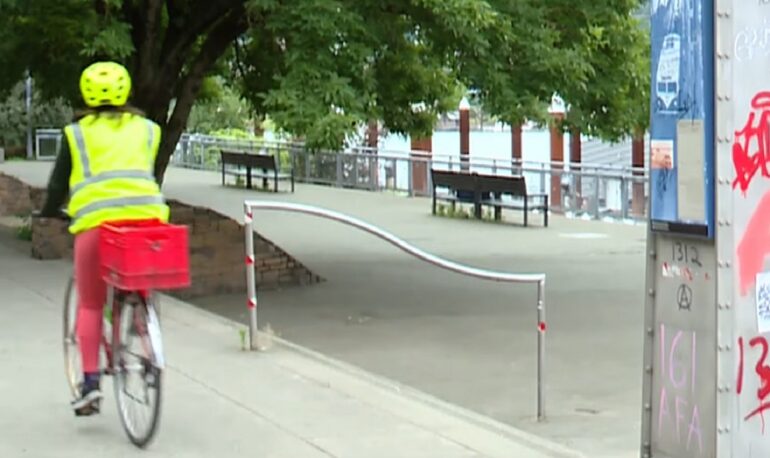 PORTLAND, OR—The male suspect who punched a father and his 5-year-old daughter riding bikes on the Eastbank Esplanade near the Hawthorne Bridge in an alleged anti-Asian attack Saturday afternoon was released almost immediately after getting arrested.

The attack happened around 3:45 p.m., when the father, his wife, and daughter were on their bikes. The 34-year-old suspect, identified as Dylan J. Kesterson, allegedly commented that the California family was of Japanese descent before attacking them.

Kesterson punched the 36-year-old father in the head before repeatedly punching the 5-year-old girl in her bike helmet, according to KOIN6.

Witnesses jumped in to stop the attack and Kesterson began walking away after the attack. However, police officers quickly found the suspect and arrested him.

Kesterson was booked into the Multnomah County Jail on 1st and 2nd-degree bias crimes. The investigation continues as eyewitnesses gave statements to the police about the incident.

Both father and daughter were hurt during the attack but didn’t require medical attention. The family returned to California.

Commissioner Mingus Mapps condemned the incident and said Kesterson was released from jail on the same day. His office released the following statement to KOIN6 News:

“A bias attack on a father and five-year-old is horrific and unacceptable. My heart goes out to the family. We have got to bring back public safety in this town. I appreciate the work of the Portland Police Bureau in arresting this individual. I am concerned that he was released from jail the same day he was arrested.”