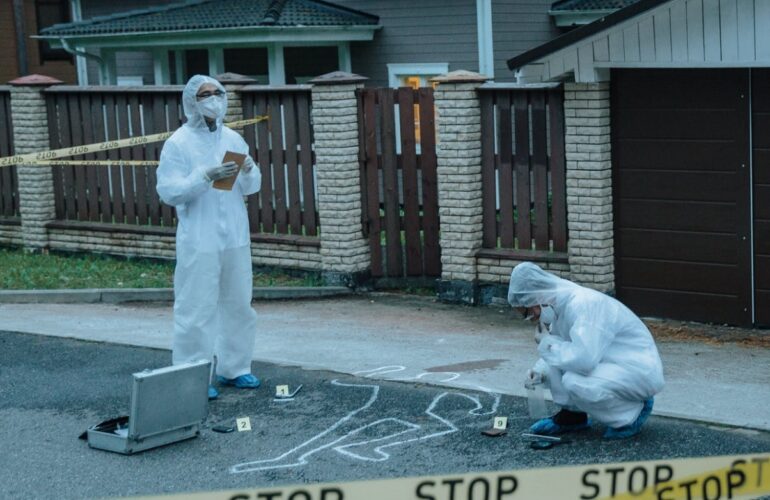 The shooting erupted around 1:30 p.m. in the 1600 block of South 10th Street in the Passyunk Square neighborhood.

Jefferson and Taylor were unarmed when they kicked in the common door of the two-apartment rowhouse where the roommates lived on the ground floor.

“There was an apparent argument, but the circumstances surrounding that argument still are not clear at this time,” Smith said.

Taylor was shot 10 times and Jefferson was shot eight times. They were both rushed to Thomas Jefferson University Hospital, where they were later pronounced dead, according to the Philadelphia Inquirer.

Capt. Smith said there may have been a “racial aspect” to the crime. Jefferson was African-American and the 23-year-old shooter is Asian. Both had been seen arguing.

Jefferson and the 23-year-old first clashed over the phone Monday, hurling racial slurs at each other, after the 23-year-old Asian roommate accused Jefferson of harassing one of his friends.

Later in the day, Jefferson and Taylor showed up at the apartment complex, kicked in the common front door, entered the first-floor hallway, and began banging on the roommates’ apartment door, Smith explained.

The 22-year-old told police the victim reached for his waistband to retrieve a gun, however, no weapons were recovered from Jefferson or Taylor, according to The Inquirer.

The 22-year-old actually fled the scene after shooting Taylor and returned a short time later without his mask and gloves and wearing different clothes.

While Taylor was getting shot, Jefferson ran to the basement to escape the carnage and was pursued by the 23-year-old roommate, who then shot him 10 times.

“Supposedly, he says he was threatened by the unarmed Mr. Jefferson,” said Capt. Smith.

However, hundreds of Asian-Americans have been attacked and murdered by unarmed African-Americans in the last few years. Overwhelming documentation proves this.

The District Attorney’s Office stated the shootings are “still a very active investigation.”