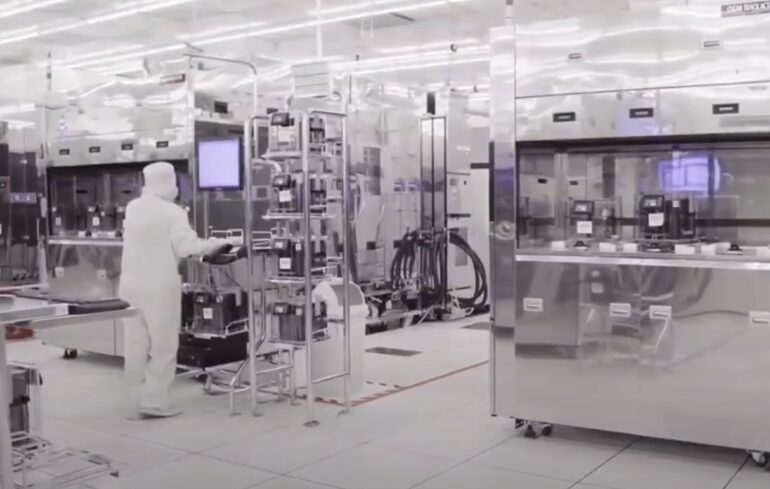 UNITED STATES—Taiwan’s GlobalWafers, TSMC, and America’s Intel are all refusing to go further until Congress unlocks $52 billion in funding under the CHIPS Act. Approval needs to happen before Congress begins its August recess.

GlobalWafers—the world’s third-largest maker of semiconductors—agreed to build a $5 billion factory in the U.S. on Monday but only if the U.S. government helps pay for it.

“This investment that they’re making is contingent upon Congress passing the CHIPS Act. The [GlobalWafers] CEO told me that herself, and they reiterated that today,” U.S. Commerce Secretary Gina Raimondo told CNBC.

Congress passed the CHIPS Act back in January 2021 as part of that year’s National Defense Authorization Act, which proposed $52 billion in funding for the domestic chip industry. However, Intel is far behind its Asian rivals and now funding promises have been made to TSMC, GlobalWafers, and Samsung.

“It has to be done before [Congress goes] to August recess. I don’t know how to say it any more plainly. [The GlobalWafers] deal…will go away, I think, if Congress doesn’t act,” Raimondo told CNBC.

The CHIPS Act was intended to save America’s fledgling chip industry as China looks to launch a hostile takeover of a Japanese semiconductor company to catch up.

GlobalWafers proposed building its new plant in Texas, along with South Korea’s Samsung, under the condition the U.S. government helps fund the project.

Taiwan’s TSMC, which controls over 80% of the world’s advanced chips, announced a $12 billion plant in Phoenix, Arizona to produce the most advanced chips in the world on American soil. But TSMC CEO Mark Liu made it clear development would only go ahead if the U.S. government could “make up TSMC’s running costs difference between the United States and Taiwan,” according to Fortune.

Arizona approved $200 million in public infrastructure, including new roads, and a sewage system. However, construction is proving to be more costly than the Taiwanese company anticipated and is calling on Washington to extend CHIPS support.

Asian companies also expressed concerns over the safety of their scientists and engineers, however, officials assured them Arizona and Texas are not California or New York.

Last week, America’s Intel froze all construction of its latest $20 billion factory in Ohio and even postponed its groundbreaking ceremony indefinitely until Congress funds the CHIPS Act, reports Fortune.

“Unfortunately, CHIPS Act funding has moved more slowly than we expected, and we still don’t know when it will get done,” Intel spokesperson Will Moss told the Wall Street Journal.