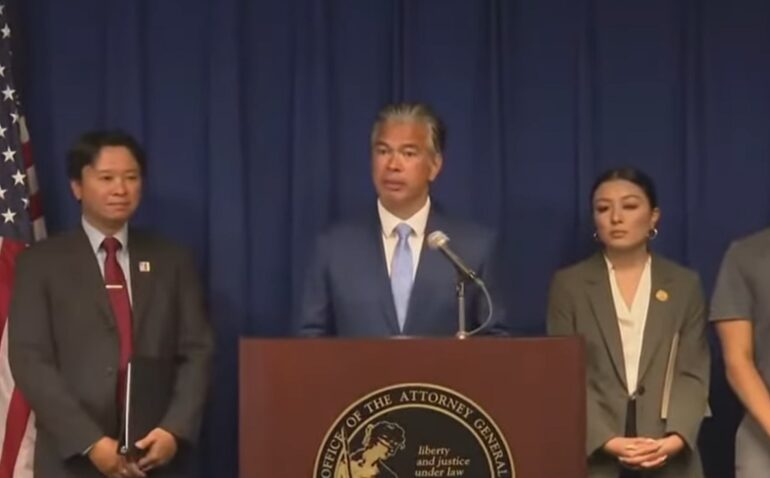 CALIFORNIA—During a news conference on Tuesday, June 28, the state’s Attorney General Rob Bonta highlighted nearly 1,763 hate crimes that were reported in 2021, a 33% increase from 2020.

For reference, there were 2,261 reported hate crimes in 2001, which was fueled by the 9/11 terrorist attacks. This begs the question. Is California more racist because it is progressive?

“One hard truth in our state, just as we see across the nation, is that the epidemic of hate we saw spurred on during the pandemic remains a clear and present threat,” Bonta said. “Each of these incidents represents an attack on a person, a neighbor, a family member, a fellow Californian.”

Assaults on Asian-Americans—including women and seniors—in San Francisco increased 567% in 2021.

California, a state where a majority of anti-Asian violent attacks were perpetrated by African-Americans in deep-blue cities like Oakland, San Francisco, and Los Angeles is the fault of Trump, apparently.

Anti-Latino and anti-Jewish crimes in the state also increased by 30% with 197 and 152 reported incidents last year, according to Bonta.

Bonta admitted the “grim reality” the diverse communities in the most progressive state in the country are facing.

Many Democrat supporters in California are calling for the complete “abolishment” of the Republican Party in the state. Others are saying the African-American perpetrators behind the anti-Asian attacks are Candace Owens supporters and therefore “evil.”