NYC ‘Duck Sauce Killer’ to be Released on $500K Bail 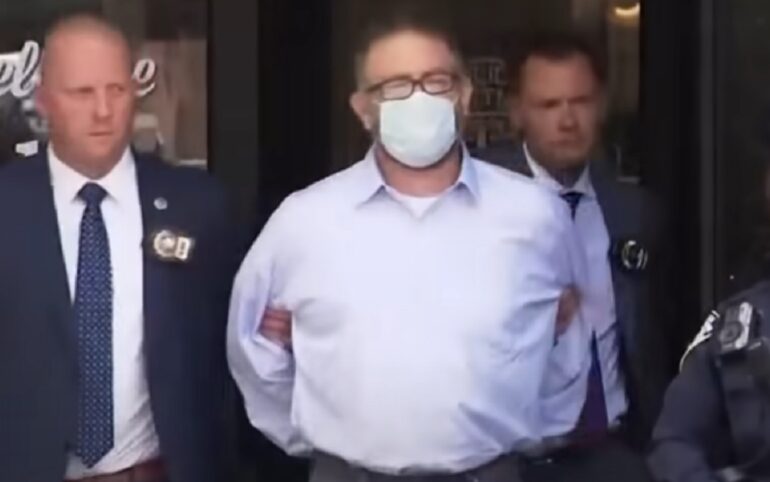 QUEENS, NYC—The psychotic customer charged with gunning down a Queens Chinese food delivery man over duck sauce will be freed Monday after his brother put up his $500,000 bail.

Glenn Hirsch, 51, who is charged with murder in the April 30 shooting death of Zhiwen Yan, will remain free while he awaits trial—unless he violates a slew of stringent guidelines, reports the New York Post.

During his court appearance on Monday, Queens Supreme Court Justice Kenneth Holder cautioned Hirsch to adhere to strict guidelines of his release. The 51-year-old suspect will be monitored by an ankle bracelet and will also follow restrictions on where he can go in the city.

“You go outside of the area, the location, if you end up in Manhattan, other areas of Queens, if you end up in Brooklyn or anywhere except a direct route to where you’re supposed to go, the sheriff’s department will pick you up and bring you back before me and I will remand you,” the judge said.

“And no matter how much money you have, you will not be coming out of jail until this case is over,” Holder continued.

The judge also ordered Hirsch to stay away from the Great Wall restaurant where Yan worked and Lulu Laundry, where his wife runs a laundry business, which is a mile away from Great Wall, according to The Post.

Authorities have been building a case against Hirsch ever since learning he had been involved in ongoing tensions with the owner of Great Wall Chinese restaurant, starting last November 30 when he was irate that there wasn’t enough duck sauce for him to take home with his meal.