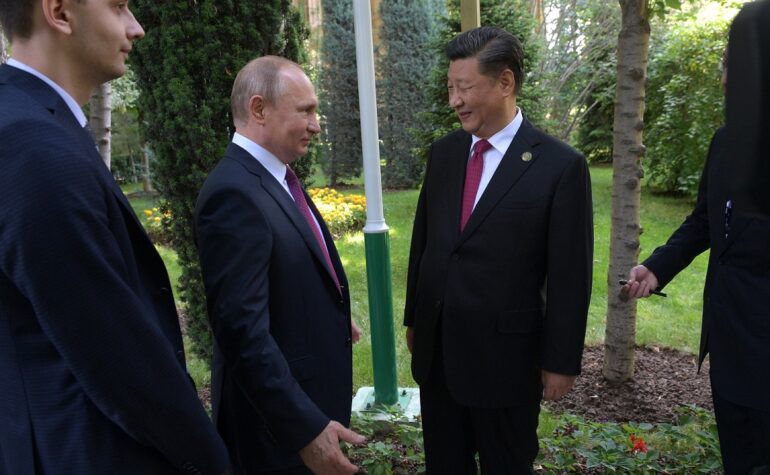 BEIJING, China—Russia has become China’s largest oil supplier after slashing its prices by 30-percent to undermine Western sanctions over the war in Ukraine while the Biden administration prepares to end Trump-era China tariffs to lower consumer prices.

Russia’s 30-percent discount to China has sparked fears Russia’s war in Ukraine will continue as the country experienced record profits.

Last week, the Centre of Research on Energy and Clean Air think tank stated Russia earned almost $100 billion in revenue from fossil fuel exports in the first 100 days of the country’s invasion of Ukraine from India, China, and the European Union. The EU made up 61-percent of imports.

China no longer fears threats from the Biden administration. On June 15, China vowed to support Vladimir Putin over Russia’s “sovereignty and security,“ as Putin reinforced his support for Formosa’s (Taiwan) reunification with the Motherland (China).

Western sanctions have also been a “boom time” business for Chinese firms operating in Russia.

President Biden indicated he is willing to drop all Trump-era Chinese tariffs to help control rising consumer prices in the U.S. and reiterated the United States does not support Taiwan’s independence, reports CNBC.

“We do not support Taiwan independence, and we expect cross-strait differences to be resolved by peaceful means,” stated Secretary of State Anthony Blinken.

“We’re looking at what would have the most positive impact,” Biden said, adding that removing the tariffs was currently under discussion.

Man Arrested After Breaking into At Least 5 Asian Restaurants

“I want every American to know that I am taking inflation very seriously,” Biden said. “The first cause of inflation is a once-in-a-century pandemic. Not only did it shut down our global economy, it threw supply chains and demand completely out of whack.”

Economists polled by Dow Jones expect that report to show inflation rose 8.1% in the 12 months ending in April, according to CNBC.

The removal of tariffs will allow more manufacturing to return to China. The Chinese government also made no promises they would assist the United States with Russia.

Feature Image via  The Presidential Press and Information Office