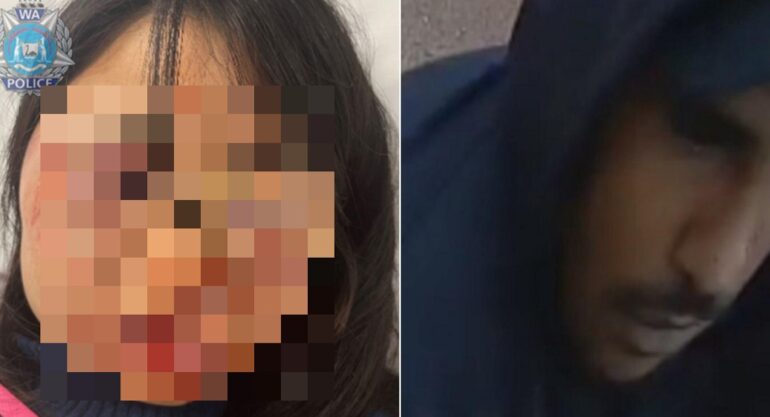 PERTH, Australia—An Asian woman suffered serious facial injuries during a home invasion in what appears to be a “random” attack.

The woman was lying in bed minutes after her husband left for work when the assailants broke into the home through a locked door in Halcyon Way, Atwell around 9 a.m. Tuesday, June 14.

The victim in her 30s was assaulted by one of the home invaders, resulting in serious injuries to her face, according to Perth Now.

“It appears to be a random attack on someone and that is one of the scariest things I think you can experience,” Detective Constable Alastair McDonald told reporters.

“An incident of this magnitude, breaking in and assaulting someone is incredibly severe, incredibly serious.”

The injured woman stumbled down the street for help.

She was later taken to the hospital for treatment, however, police say she was extremely traumatized by the ordeal.

The main suspect is described to be around 5’9” with a medium build, dark hair, mustache, and dark complexion.