The Chinese online gaming and WeChat giant, Tencent Holdings has just surpassed Facebook to become the world’s most valuable social media network company by market capitalization on Tuesday, July 28. The company is now the seventh-largest company in the world.

This is another blow to American prestige. China’s growing innovation in digital payments, 5G development, online gaming, and e-commerce have spearheaded the latest push from the “Asian Tigers” (China, South Korea, Japan, Taiwan).

Japan’s Toyota Motors is now worth more than General Motors and Ford combined. Samsung and Apple have been battling each other for technological supremacy, with Samsung recently gaining complete control over OLED screen technology, graphene battery development, and 5G to which Samsung now sets the price for Apple. Taiwan’s TSMC also continues to dominate with its 7-nanometer chips while America’s Intel is still struggling to develop a 7-nanometer chip of their own—now five years behind TSMC. The 5-nanometer chip is already being developed by TSMC.

China, South Korea, Taiwan, and Japan have been outpacing all other Western countries in tech and innovation and are projected to surpass the remaining competitors within the next five years. Special emphasis on China.

“You can barely get through a day without touching one of Tencent’s applications,” said Vey-Sern Ling, senior analyst at Bloomberg Intelligence.

Feature Image via Tech In Asia 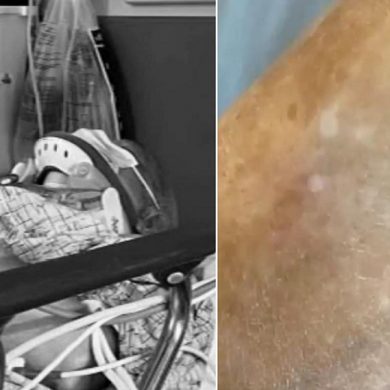