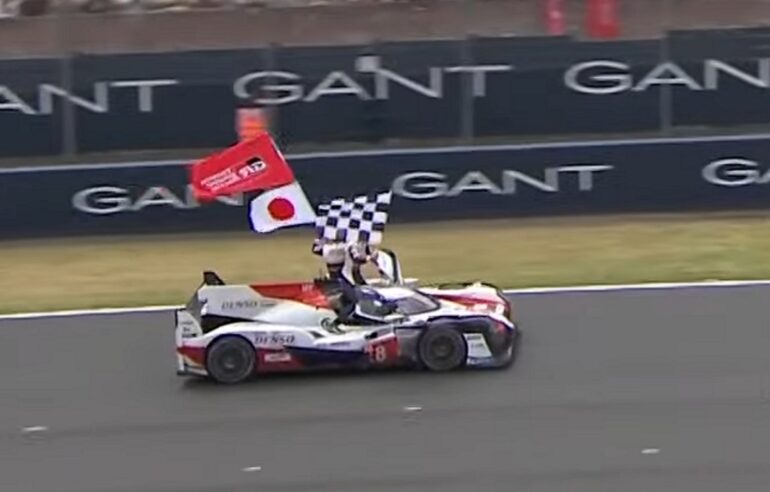 Toyota’s updated Hypercar GR010 Hybrid dominated the race with no major mechanical or reliability issues and finished the race in 1st and 2nd place with Glickenhaus securing 3rd place win.

The #8 crew of Sebastien Buemi, Brendon Hartley, and Ryo Hirakawa finished the race on top after spending most of the race trading positions with the #7 car manned by Jose Maria Lopez, Mike Conway, and Kamui Kobayashi. Hirakawa became the fifth driver from Japan to win the event.

GTE Pro win went to Porsche as they outlasted pre-race favorites Corvette Racing, which suffered a double retirement with its pair of C8.Rs.

Corvette initially swept the front row of the class, however, at around one-third of the race, Corvette lost their #63 car due to left-rear suspension failure. The #64 Corvette was put into the barriers by Italy’s AF Corse LMP2 car six hours into the race.

💔Heartbreak for the #64 Corvette

It was all getting abit tight down the Mulsanne – with the prototype pushing the LMGTE Pro leaders into the barriers.
Gut wrenching!

Both Porsche and Ferrari locked GM out as they finished in 28th and 29th place.