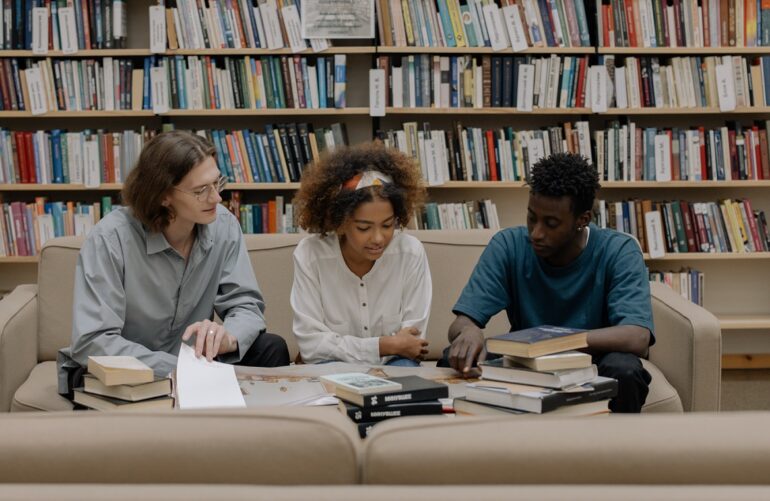 OAK PARK, IL—Oak Park and River Forest High School (OPRF) administrators will require teachers to adjust their classroom grading scales to account for the skin color or ethnicity of their students next school year.

OPRF will order its teachers to exclude multiple grading variables that “disproportionally hurt the grades of black students.” Black students can no longer be docked for missing class, misbehaving in school, or failing to turn in their assignments. These steps will equalize test scores among racial groups, according to West Cook News.

Over 38-percent of OPRF sophomore students taking the Scholastic Aptitude Test (SAT) failed. When broken down by racial groups, 77-percent of African-American students failed, followed by 49-percent Latino, 27-percent for Asians, and 25-percent for Caucasians, according to the Illinois State Board of Education.

OPRF will begin “competency-based grading, eliminating zeros from the grade book…encouraging and rewarding growth over time,” to battle “white and Asian supremacy” in American schools, which is inherently racist and designed to “keep black students down.”

“Teachers and administrators at OPRFHS will continue the process necessary to make grading improvements that reflect our core beliefs,” the plan states, promising to “consistently integrate equitable assessment and grading practices into all academic and elective courses” by fall 2023.

“By training teachers to remove the non-academic factors from their grading practices and recognize when personal biases manifest, districts can proactively signal a clear commitment toward DEIJ,” said Margaret Sullivan, associate director at the Education Advisory Board.

“This is America, in this country, we share. When an Asian student gets seven As, they should redistribute that to black students. The Asian student will survive with seven Bs and that’s a small price to pay if black students don’t have to repeat a semester because that’s exactly what white people want. I won’t cry tears for the Asian student. If they don’t like that, they can go back home.”

Assistant Superintendent for Student Learning Laurie Fiorenza called for a switch to race-based grading last August when an unacceptable spike in “F” grades by OPRF students occurred in the 2020-21 school year. School districts across the U.S. are also experimenting with getting rid of zero-to-100 point scales to stop “white supremacy.”