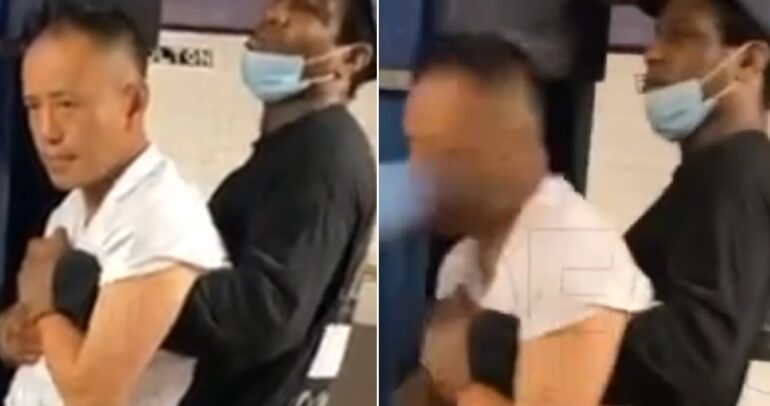 The witness to the incident remained at the scene and told ABC7’s CeFaan Kim that the incident happened Friday around 3:30 p.m. The witness stated the group of African-American men said the Asian man attempted to sexually assault a woman on the train, so they intervened.

The African-American men further stated the Asian man was initially belligerent before being repeatedly punched in the face while being held from behind. The NYPD arrived on the scene and took the Asian man into custody and a police report was filed.

According to CeFaan Kim’s sources, the Asian man was also exposing himself on the train and was inebriated.

Sources say the man being held and attacked has dozens of prior arrests for sexual assault and inappropriate or forcible touching, and a host of other crimes. /4 https://t.co/nKN9Ae68Zl