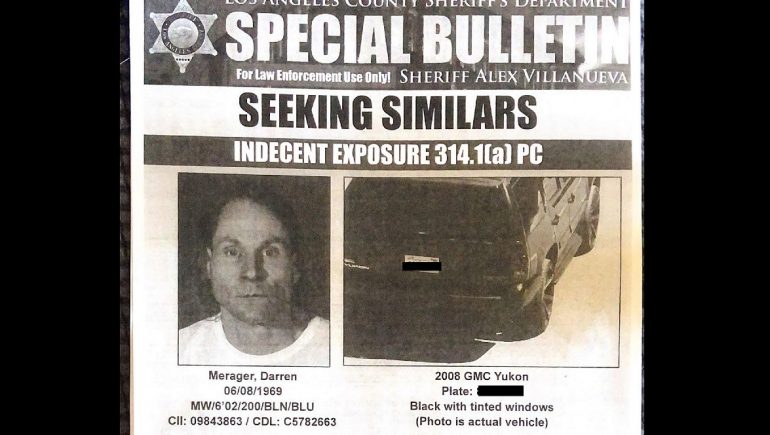 KOREATOWN, California—Back in June, multiple women complained that a male customer who identified himself as “female” exposed his penis at Wi Spa in Koreatown, Los Angeles. The incident sparked a media frenzy and sometimes violent protests over “Trans Lives Matter.”

Many supporters pointed out biological sex was a form of “white supremacy” and thinking a man cannot be a woman was “transphobic” and a variant of “Asian supremacy,” which has its roots in white supremacy.

On Monday, charges of indecent exposure were discreetly filed against the man who exposed his penis at the spa by the Los Angeles Police Department. It turns out, the man is a serial sex offender and perpetual criminal, reports the New York Post.

Darren Agee Merager exposed himself to four women and a minor girl at Wi Spa on June 23. As a result, several women confronted the staff at the spa and demanded Merager be removed. However, California law prohibited Wi Spa from removing Merager from the premises when he clearly told them he identified as “female,” and doing so would result in Wi Spa being sued for infringing on Merager’s rights.

52-year-old Darren Agee Merager of Riverside, California is actually a tier-one registered sex offender. He is currently facing five felony counts of indecent exposure, however, he has not been arrested.

According to the New York Post, Merager has two prior convictions of indecent exposure stemming from incidents back in 2002 and 2003 in California. In 2008, Merager was also convicted for failing to register as a sex offender.

Merager also has nearly a dozen felony convictions for crimes ranging from sex offenses to burglary and escape.