SFFD Tried To Cover Up Beating of Asian Firefighter 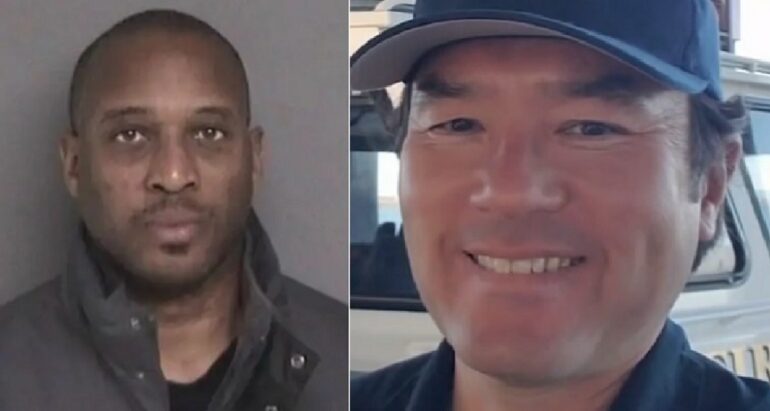 SAN FRANCISCO, California—Robert Muhammad, 47, is facing felony charges after a brutal attack on another firefighter, 56-year-old Gabriel Shin. Proving once again San Francisco truly is “the most progressive city” in America, the San Francisco Fire Department tried to keep the assault quiet over the past several weeks until ABC7 broke the story.

ABC7’s I-Team’s Dan Noyes wrote no one involved in the case—the firefighters, their lawyers, or even the fire chief—would agree to an on-camera interview. However, Dan Noyes was able to piece the story together through sources, court documents, and other information obtained under the California Public Records Act.

47-year-old Robert Muhammad has pleaded not guilty to felony assault with a deadly weapon, with several enhancements and one special allegation—great bodily injury.

A disagreement on the job turned into an attack in the off-hours.

On the morning of February 1, 2022, Muhammad went to Station 25 on Third Street, retrieved Shin’s home address from the fire department computer, and left with what’s called a hydrant spanner, a heavy, brass wrench measuring about 15” used to turn hydrants on and off, reports ABC7.

Muhammad then drove across the bridge to Shin’s home in Oakland and confronted him. The argument escalated with Muhammad allegedly striking Shin with the hydrant spanner.

Neighbors witnessing the attack immediately called 911. However, by the time police arrived, Muhammad was gone.

Paramedics transported Shin to Highland Hospital where doctors “determined he had suffered a broken left arm, swollen right arm, and concussion as a result of the assault,” according to ABC7.

Muhammad self-surrendered at Santa Rita Jail one week after the attack.

Asian Woman Beaten and Robbed Outside Jollibee in Vallejo

Shin’s attorney, Jim Torres, initially agreed to an ABC7 interview but then backed out. Torres later spoke with ABC7 over the phone and criticized San Francisco Fire Department officials.

Torres stated Robert Muhammad “displayed acts of aggression” toward colleagues and superiors for over a decade. Torres also claims within 48 hours after the attack, fire department brass tried to urge Gabriel Shin to drop the charges.

Shin’s lawyer also called Muhammad’s behavior “a pattern that went undocumented and unaddressed.” Muhammad is out of jail after posting $30,000 bail. He is scheduled to appear in court next month.