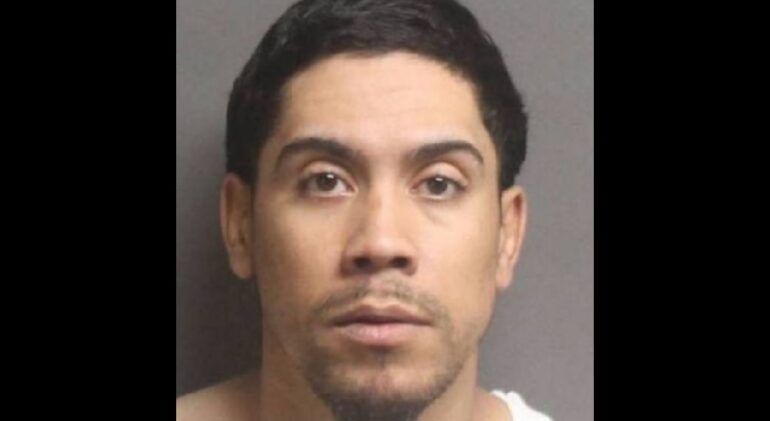 BOSTON, Mass—Boston Police have arrested 33-year-old Edwin Fantauzzi of Lawrence, Massachusetts. He is accused of sexually assaulting a woman in Chinatown on Saturday, May 14.

The Level 3 sex offender was recognized by someone on Wednesday at the Roxbury Crossing MBTA Station. Fantauzzi was arrested after a brief struggle and it’s believed he ingested a small quantity of an unknown white powder, according to WCVB.

After facing a judge in Roxbury in the morning, he was brought to the downtown Boston courthouse for rape charges, however, his attorney said he was too sick to appear in the courtroom.

#Boston sex assault suspect Edwin Fantauzzi is wheeled into a courtroom. This morning he was arraigned for resisting arrest. He’s due to appear in a diff courtroom later for rape charges.
Boston Police say when arrested he ingested a white powder, taken to the hospital. #wcvb pic.twitter.com/QWmzkwBAwT

As for the sexual assault Fantauzzi is charged with, police officers responded to a report of a rape in the area of Harrison Avenue around 6:30 a.m. Saturday, in Chinatown. Fantauzzi was identified as the suspect, reports WCVB.

The victim of that sexual assault, a 22-year-old woman, told WCVB she was relieved Fantauzzi was arrested.

“I’m thankful. I’m very appreciative that they worked on this so much and so hard. It’s a huge relief,” she said.

Fantauzzi claimed to be an Uber driver and asked to use a bathroom inside the victim’s apartment building.

“He dragged me into the building, and he was very violent. He was strong,” the victim said. “I thought he would take my keys and drag me back into my apartment and do something worse. I also thought I might be killed.”

Boston University police said they are investigating the rape of a student who said a man forced his way into her apartment near Granby Street before midnight on Friday. Three other students then reported a man aggressively followed them on Granby Street as they walked to the South Campus and then offered them a ride.

Fantauzzi was convicted back in 2019 of indecent assault and battery on a child under the age of 14.