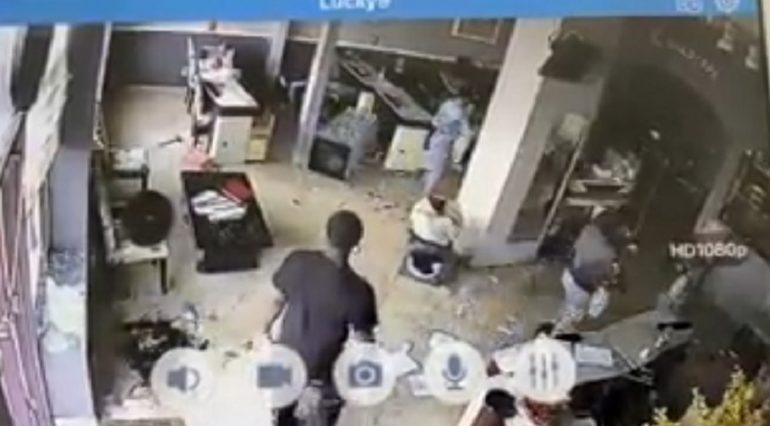 More information is coming to light on businesses being ransacked, looted, and destroyed in Minneapolis, Minnesota following the tragic death of George Floyd.

K. Nails and Spa located in Minnehaha Center at 2740 Minnehaha Ave. #140, Minneapolis, MN 55406 has been looted by rioters. According to a family member who posted CCTV footage on her Facebook page. “I am at a loss for words right now. My family is just sitting here watching people destroy their place of business with tears in their eyes.”

Another incident recorded and documented by another Facebook user. Plaza Mexico, which contains a large amount of Latino/Hispanic and Southeast Asian stores has been trashed and looted. Valeria Sentillo posted pictures, video footage, and incite.

“Last night my family and I pulled up to our business to protect everything we had just invested in and guns were fired everywhere because mfs wanted to get inside our business to steal shit in shopping carts. We were all in separate locations.. My mom didn’t have anywhere to hide as bullets were flying over her head as she cried and prayed for her life. It sucks that we couldn’t do anything as we saw people take anything they could 😪 saw so many people cry like they’ve never cried looking at their businesses completely destroyed. So disappointed in my community.”

“Idgaf what you gotta say but tearing and destroying these small businesses from Lake Street that a lot of people worked HARD ON FOR YEARS was not the fucking way to go. I thought we were all united. It’s disgusting seeing people say “burn the whole block down fuck it we want justice! Let’s keep violently rioting” like bitch let’s go destroy your family’s job and see how that fucking feels. Go riot somewhere else if that’s the path y’all wanna take. LEAVE US TF ALONE. Hate me all you want and talk shit I could never worry about what someone has to say. WE HAVE WORKED OUR ASSES OFF FOR THIS BUSINESS TO GET WHERE WE WERE AT RIGHT NOW. Y’ALL DON’T FUCKING UNDERSTAND CUZ MOST OF Y’ALL NEVER HAD TO EAT EXPIRED FOOD TO STAY ALIVE. Y’all right, if violence is the only way to do it, don’t get mad when YOUR neighborhood and local stores get ruined!!!!!“

In Los Angeles, a looter/rioter was shot dead by a store owner while attempting to loot.