Her Name Was Rina Shimabukuro and She Was Raped and Killed by a Former U.S. Marine 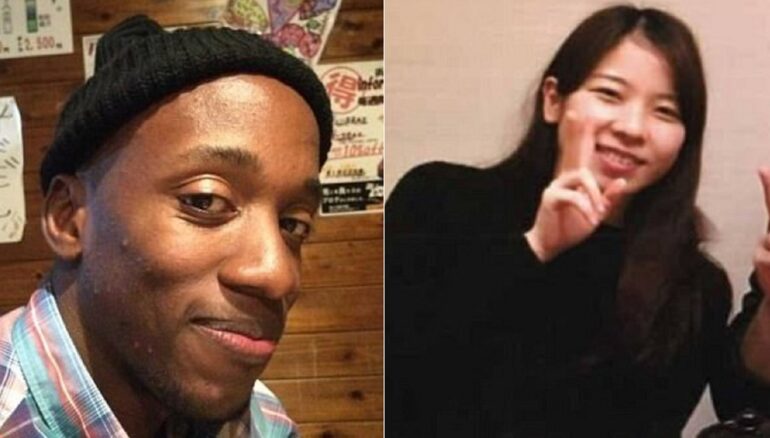 OKINAWA, Japan—This horrific act occurred in April/May 2017. Kenneth Shinzato, 33, was working as a civilian contractor at Kadena Air Base in Okinawa. He was later charged with murder, rape, and illegal disposal of a body in the death of 20-year-old Rina Shimabukuro.

Kenneth Shinzato, aka Kenneth Gadson—who is originally from New York—took his Japanese wife’s last name and attempted to assimilate into Japanese culture.

20-year-old Shimabukuro went missing on April 28, 2017, after going for a walk. Her body was found three weeks later. Gadson pleaded guilty to rape resulting in death and abandoning of the body, however, he denied he murdered Shimabukuro, reports the Daily Mail.

Gadson revealed to Japanese investigators that he’d fantasized about suicide and rape for years, in statements transcribed by his lawyer and first reported by Stars and Stripes.

The 33-year-old ex-U.S. Marine claims to have heard voices in his head since he was eight. He accused his foster mother of abuse, which she has denied, and says he fantasized about killing her. Gadson said he had fantasies of abducting, restraining, and raping women throughout his high school and adult years.

Gadson even claimed he told Marine recruiters back in 2007 that he wanted to join the military primarily because he “wanted to kill people.”

“When she passed my car and I saw her more clearly, I heard the voice in my head to tell me, ‘It’s her’ and that she’s the one that will fulfill my fantasy,” Gadson explained, describing how he abducted Shimabukuro.

“I wasn’t 100 percent sure that she was the right one, but when I looked up, I saw a red, full moon and I just knew that that was a sign.”

Gadson says he hit Shimabukuro over the head with a stick.

“I intended to hit her with the stick and make her lose consciousness, then put her in the suitcase, take her to a hotel and then rape her,” Gadson continued.

He claims the plan was to release the victim alive after having his way with her and didn’t fear being caught because of the low reporting rate of sex crimes in Japan. Gadson further explained the headlights of an oncoming car forced him to drag Shimabukuro back from the road, accidentally hitting her head.

As Shimabukuro tried to speak, Gadson choked her in a panic, and then went on to fetch a suitcase. Gadson allegedly stopped “assaulting” the victim when he believed she was dead.

Gadson took the victim to a wooded area in Onna Village’s Afuso district, where he dumped her body.

“When I disposed of her, I thought she may have said something,” the statements said. “I thought that she may be alive, so I stabbed her with a knife to find out.”

The victim was stabbed multiple times and Gadson claimed she didn’t make a sound.

“During the drive home, I was thinking that the effort required to play out my fantasy was more than I expected and the fatigue and stress was not worth it” Gadson said.

“I was expecting the police to come for me in a few days, but since they didn’t I stopped worrying about it. I continued with my daily routine and went to work as usual. I didn’t really think about the girl.”

Gadson later became a suspect when surveillance footage spotted him purchasing salt and sprinkling it on his car, apparently, in an attempt to get rid of the bloodstains, reports the Daily Mail.

Gadson eventually led investigators to the location of Shimabukuro’s body. He was later sentenced to life in prison.

The case sparked outrage in Okinawa, where about 47,000 U.S. troops are stationed. The murder led to a bilateral pact limiting immunity from Japanese prosecution for civilian workers at American bases, according to the Daily Mail.