How Obama’s Unfairness with Samsung Reflects Views on Affirmative Action 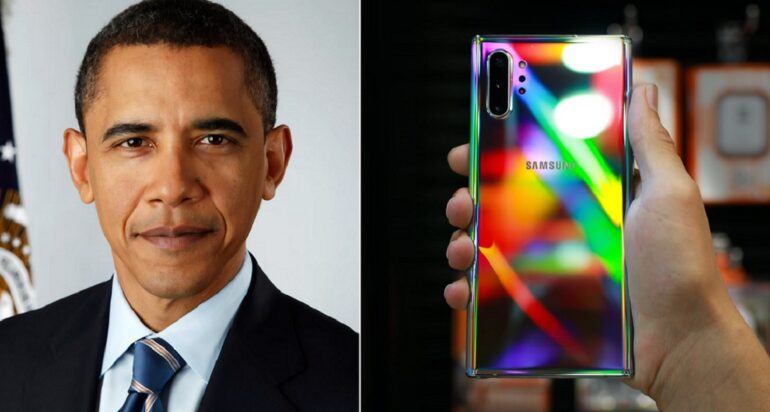 It’s no secret Asian-Americans are being targeted in nearly every Ivy League school and now elite high schools throughout the United States. Americans used to believe “meritocracy” was essential to the American dream, but not anymore.

Since many Americans no longer understand what meritocracy is, Merriam-Webster defines meritocracy as: a system, organization, or society in which people are chosen and moved into positions of success, power, and influence on the basis of their demonstrated abilities and merit.

The greatest and most prestigious American universities have an overwhelming population of Asian students. Harvard conducted a study from 1995 to 2013, which showed Asian-Americans had the highest scores of any race on SATs. Harvard buried these findings.

Asian-Americans also had the highest grades of any other race, yet Asian-Americans were always capped at around 20%. Harvard University was forced to publish its “dirty little secret” through its on-campus newspaper, The Harvard Crimson.

Thomas Jefferson High School for Science and Technology in Fairfax Virginia, a soon-to-be-former #1 high school in America recently stopped all admissions tests and opted for a lottery system after African-American and white liberal parents complained the schools are 70% Asian and “that’s not fair.”

This belief that Asians should be stopped because they’re achieving “too much” goes all the way to the top. In August 2013, President Obama and his administration issued a veto on an International Trade Commission (ITC) patent ruling that would have banned the import of some older models of iPhones and iPads, which favored Samsung, according to Forbes.

“We applaud the administration for standing up for innovation in this landmark case. Samsung was wrong to abuse the patent system in this way,” an Apple spokeswoman told AllThingsD.

South Korea’s Samsung didn’t start this patent war. In 2011, Apple sued Samsung for infringing on some of its patents, one of them; designing a phone that was square with “round corners.” A pissed-off Samsung only took the game to the next level—sue Apple for using 3G.

The only difference is, that even though Samsung won their patent case, President Obama felt Asians still shouldn’t win even though they won. Need proof?

In October 2013, the ITC issued a ruling banning the import of older Samsung smartphones and tablets that violated Apple’s patents. The Galaxy S 4G, Fascinate, and Galaxy Tab infringed on two Apple patents, i.e. scrolling behavior and a device’s ability to detect when headphones are plugged in, reports The Verge.

Present Obama refused to veto the decision and allowed the ban to continue. Remember, a few months earlier he vetoed the ITC ban of Apple iPhones using 3G, which killed Samsung’s victory.

Samsung called out President Obama for his obvious bias and stated, “We are disappointed by the US Trade Representative’s decision to allow the exclusion order issued by the US International Trade Commission (ITC). It will serve only to reduce competition and limit choice for the American consumer,” reports The Verge.

“This is the only way the ‘new’ America can compete. They sue Samsung when she was about to overtake Apple as the #1 smartphone company, which they did anyway, and have an affirmative action president pull an ‘affirmative action’ move and take away Samsung’s ITC victory but enforce Apple’s ITC victory,” Professor Park Wan-Soo stated.

Samsung took another shot at Apple in 2017, this time Obama wasn’t around to help. Apple was paying about $45 to $55 for their antiquated LCD displays. However, when Apple needed to switch over to OLED, Samsung was waiting and charged Apple $120 and $130 per screen, a price Apple passed on to their consumers, reports Tech Crunch.