Man Drags Woman Multiple Blocks and Attempts to Rape Her in Flushing, Queens 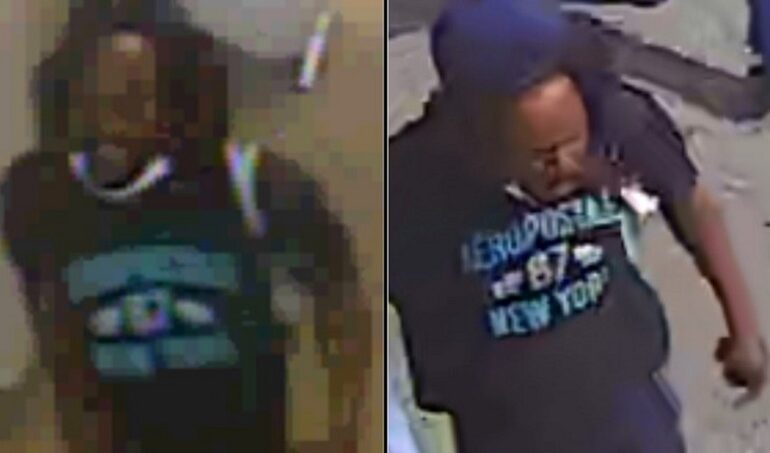 FLUSHING, Queens—A 22-year-old woman was grabbed by an African-American man at the Main Street-Flushing subway station on Thursday, before he dragged her multiple blocks and then tried to rape her inside the lobby of an apartment building, according to the NYPD.

The victim was at the station at around 9:45 a.m. when the assailant walked up to her, grabbed her by the arm, and forced her to walk out of the station with him, reports Forest Hills Post.

The African-American assailant dragged the terrified woman along Main Street toward Kissena Blvd, where he then pushed her into the lobby of a building located at 41-25 Kissena Blvd.

Once inside, the suspect allegedly held the woman down and exposed his penis. Thankfully, the woman was able to break free at that point and run off before he physically harmed her, according to Forest Hills Post.

The suspect fled the scene.

The police describe the suspect as being approximately 30 years old, with a “dark complexion,” and standing about 5’7” tall and weighing about 160 pounds.

He was last seen wearing a blue baseball cap, a white face mask, a dark T-shirt with “Aeropostale New York” written across the front, dark pants, and black shoes. He was also carrying a white bag, police said.

Anyone with information in regard to this incident is asked to call the NYPD’s Crime Stoppers Hotline at 1-800-577-TIPS (8477) or for Spanish, 1-888-57-PISTA (74782). The public can also submit their tips by logging onto the Crime Stoppers website at WWW.NYPDCRIMESTOPPERS.COM, or on Twitter @NYPDTips. All calls are strictly confidential.