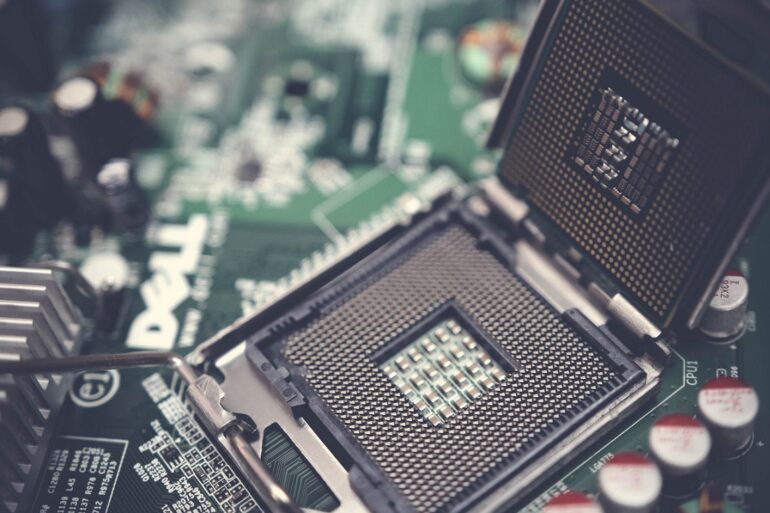 Chang was a guest of the Brookings Institution think tank last Tuesday and bluntly stated the US simply doesn’t have the fabrication pool needed to expand and succeed. Chang pointed out the US has great design talent, however, its education system cannot deliver the thousands of skilled manufacturing workers needed, reports The Register.

Intel and other American manufacturers went the other direction. The limited number of American talent decided to move away from advanced manufacturing and concentrate on design.

Chang stated the United States has a great supply of design talent, “it’s the best in the world,” he stated.

Intel acquired NetSpeed Systems back in 2018, a San Jose-based chip design company. The lead chip designers are exclusively South/East Asian and Caucasian; a diversity combination already being attacked in elite high schools and college admissions throughout the United States.

In a 2018 article from Forbes titled: “America’s High-Tech STEM Crisis,” Forbes reports America lacks a population that excels in STEM—a conclusion also backed by the Pentagon.

The lack of Americans trained in science and engineering is a direct threat to America’s future economic well-being and will be detrimental to national security in the future. For the past 40 years, America’s STEM graduates have been decreasing, not increasing, and the trend has already reached crisis levels.

Another reason why American chip manufacturing will fail is the costs of manufacturing in the United States. TSMC pointed to its 25 years’ worth of data from its manufacturing plant in Oregon. The plant is profitable, but expansion plans have been completely abandoned, according to The Register.

“We were extremely naive,” Chang said, “in expecting comparable costs, but manufacturing chips in the US is 50 percent more expensive than in Taiwan.”

US experts and government officials agree with Chang and warn new TSMC, Samsung, and Intel factories currently being built in Arizona and Texas will have “several thousand positions unfilled due to a lack of suitably skilled semiconductor manufacturing workers in the nation.”

US experts recommend eliminating country-based caps on green cards and increasing incentives for engineers and scientists from Taiwan, South Korea, and India. However, opponents believe that special treatment is “racist” and all immigrants are equal in importance.

When Brookings asked why TSMC is building a $12 billion factory in Arizona, Chang pointed out “We did it at the urging of the US government, and TSMC felt we should do it.”

The Trump administration directly asked TSMC to build an American factory in Arizona in 2020 because of growing security concerns. TSMC chips are used in Lockheed Martin F-35 Lightning II fighter jets among other US military hardware, reports the New York Times.

Chang also added that billions of dollars of subsidies from the US government to TSMC, Samsung, and Intel will fall short when US production increases, “There will be a high per-unit cost increase, and it will be hard for the US to compete internationally.”