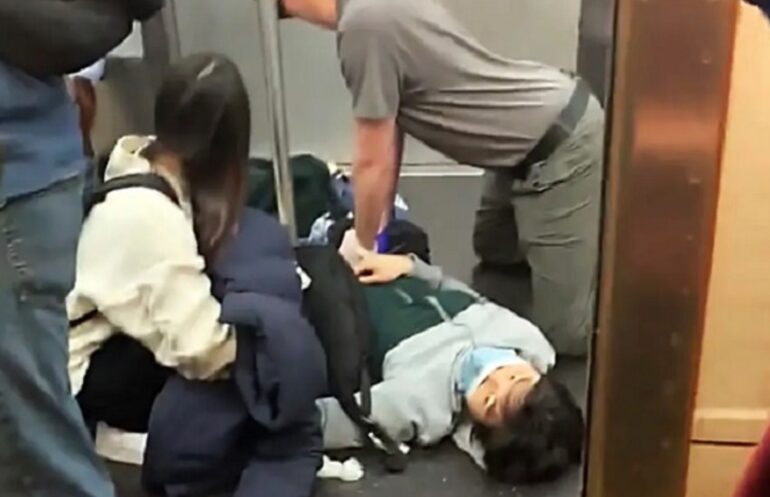 SUNSET PARK, Brooklyn—At least 16 people were shot and injured after a lone gunman wearing a construction vest and a gas mask threw smoke bombs on a subway car in Brooklyn and began shooting Tuesday morning.

From social media footage, a majority of the victims appear to be Asian.

The mayhem unfolded as the train pulled into the 25th Street station and people were evacuated to the R train across the platform, where some got off at the next stop and others were rushed to the hospital.

The NYPD has not confirmed any fatalities yet.

Injured passengers were taken to NYU Langone of Brooklyn, Maimonides Hospital, Kings County Hospital, and Methodist Hospital, according to The Post.

An FBI official says they are assisting the NYPD and it is unclear at this point whether there is any connection to terrorism or a hate crime.

I have been briefed on this developing situation in Brooklyn. First responders are on the scene and we will work with @MTA & @NYPDnews to provide updates as the investigation continues. https://t.co/dM2hKnhoql