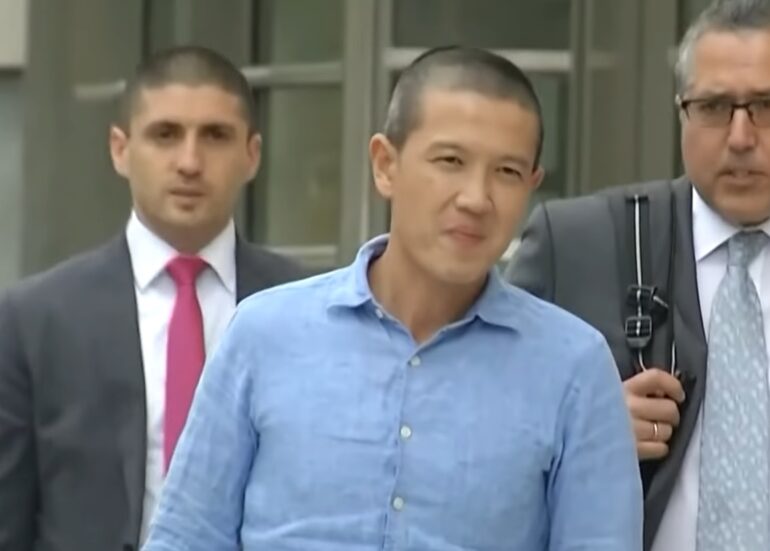 BROOKLYN, New York—The only Goldman Sachs banker to go to trial over the global 1MDB scandal, was found guilty for his role in the epic looting of the Malaysian fund. Proceeds from the scam were used to finance Martin Scorsese’s 2013 film, “The Wolf of Wall Street” and a $200 million super-yacht.

49-year-old Roger Ng was convicted on all three counts in the case, including conspiring to violate U.S. anti-bribery laws, and conspiring to launder money. Ng faces a 30-year prison sentence.

Leissner, who pleaded guilty, was the key witness against the former Goldman Sachs Group Inc. banker. On the stand, Ng’s former boss admitted to telling a raft of personal and professional lies in the multibillion-dollar plunder of 1Malaysia Development Bhd., for which Goldman arranged a trio of bond deals, according to Fortune.

The sovereign wealth fund was set up to help Malaysia’s people and economy but instead was used to line the pockets of government officials, bankers, and intermediaries with an estimated $2.7 billion.

The alleged mastermind Jho Low, bribed government officials to win the deal with Goldman and also scored a $1.42 billion “commission” for himself. Low remains at large.

The Malaysian fraud case was the first guilty plea ever for Goldman Sachs since its founding in 1869. The bank paid more than $2.9 billion in penalties—the largest in U.S. history—and more than $5 billion globally for its role in the scheme, according to Fortune.

Ng’s former boss, Tim Leissner, pleaded guilty to the scheme to steal from 1MDB in return for more than $60 million in kickbacks. Leissner was Goldman’s Southeast Asia chairman and the highest-ranking Goldman banker to plead guilty.

Former Malaysian prime minister Najib Razak was sentenced to 12 years in prison after being convicted on corruption. He pocketed $756 million from the scheme.