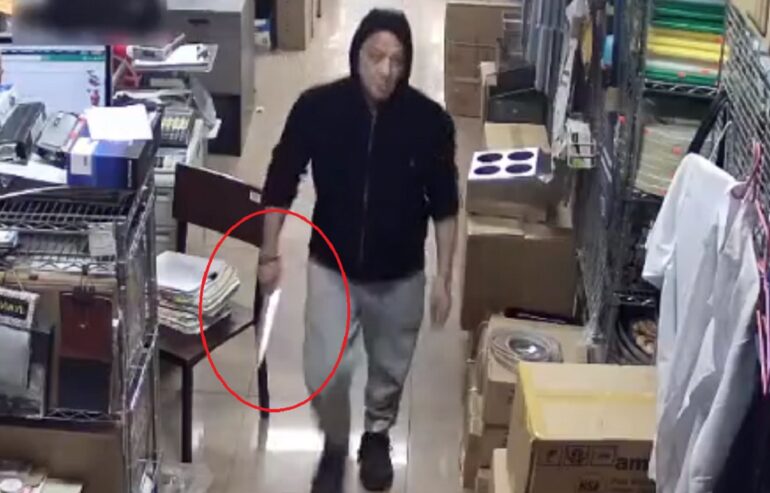 CHINATOWN, Manhattan—Police are searching for 55-year-old Shen Bin Weng in connection with a homicide in Chinatown on Monday, April 4.

58-year-old Qi Rui Weng was stabbed to death during an apparent dispute inside a building in Chinatown.

Some say Shen Bin was a “debt collector” and Weng owed money.

Authorities received a call about two men fighting inside 125 Division Street around 4:30 p.m.  Responding officers found Weng stabbed several times across his body. He was taken to Bellevue Hospital in critical condition and was later pronounced dead, reports ABC7.

Police believe Shen Bin Weng is a person of interest in the case. Surveillance footage shows Shen Bin in the area before the stabbing at San Jian Trading—a kitchen supply store.

ABC7 was given information by police that the victim was stabbed to death after a dispute inside what appeared to be an illegal gambling operation.

No arrests have been made and the investigation is ongoing.