Asian Man Fights Off Home Invaders Who Tied Up His Family 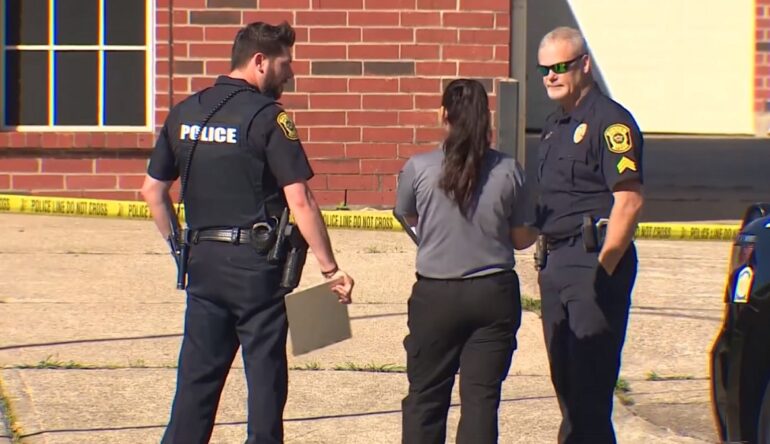 SUGAR LAND, Texas—An attempted early morning home invasion was foiled when the homeowner shot at the suspects, who tied up multiple members of his family.

The home invasion happened around 7:22 a.m. on West Lake Drive in the Eldridge Lake subdivision of Sugar Land, reports ABC13.

Ryan Nguyen was asleep with his wife upstairs. Downstairs, his father and uncle were getting ready to take his daughter to school, as they do every morning.

That’s when three men in masks and gloves stormed into the house.

“They tie my Daddy first, then they tie up my uncle and my daughter,” Nguyen explained. “And they take (my uncle) all over the house, and they ask, where is the money?”

Nguyen says his wife nudged him awake as the robbers moved through the house. He then quickly sprung into action.

“My wife says, ‘Hey, we have a robber in the house.’ And then I stand up. I open the cabinet. I get the gun. When I go to the door, I try to shoot, but my gun is not loaded. And I say, ‘Run!’ And I load (the gun) I go outside, I shoot two times, and they jump from the wall, and they run away,” said Nguyen.

Sugar Land police say the robbers then jumped a fence and took off. Family members say one person suffered a minor finger injury but other than that, everyone is physically okay, according to ABC13.

Detectives believe the Nguyen family was targeted because they own several businesses in the greater Houston area, including a pool hall and a car wash.

“They just chose this particular house, and there’s some more information. This may have taken place in another state,” said Sugar Land Police Chief Eric Robins. “We’re going to share information and be very transparent. This is a safe community. There is no reason to feel this is going to happen again.”

The home invasion is under investigation and no racial description of the suspects has been released, yet.