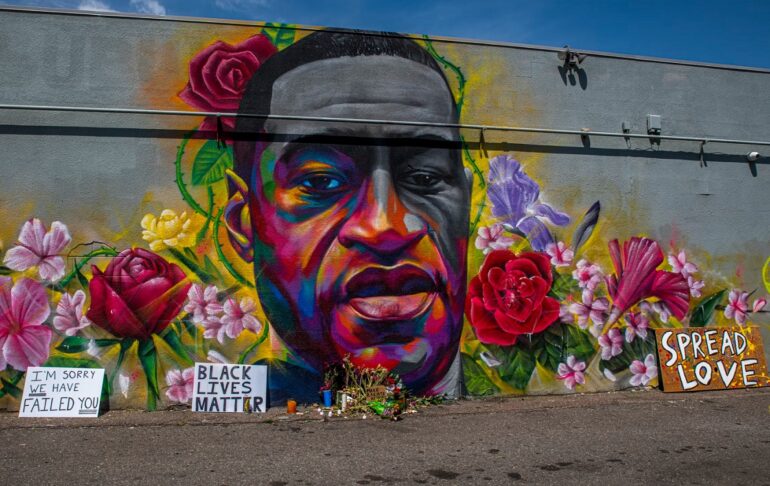 Some may remember BLM co-founder Patrisse Cullors had to step down after the New York Post uncovered last April that she purchased four high-end US homes for $3.2 million, most in Caucasian neighborhoods. Many people still deny Cullors is guilty—even though The Post report caused her to step down.

Many Asian-American organizations support Black Lives Matter, from SAALT (South Asian Americans Leading Together) stating “As South Asians, we have a duty to address and fight anti-Blackness on both systemic and interpersonal levels. If we don’t, we are willing participants in anti-Black racism” to ASPIRE (Asian Sisters Participating In Reaching Excellence) stating “To understand how Asians are intertwined in the fight for justice of Black people, it requires an understanding of American civil rights history. The efforts from the Black community, including protests and sit-ins, had, and continue to impact Asians in the U.S today.”

The $6 million Southern California home was purchased in October 2020 with funds that had been donated to the Black Lives Matter Global Network Foundation, according to the report.

The seven-bedroom residence was purchased by a man named Dyane Pascall two weeks after BLMGNF received $66.5 million from its fiscal sponsor earlier that month. According to The Post, Pascall is the financial manager for Janaya and Patrisse Consulting — an LLC operated by Cullors and her spouse, Janaya Khan.

Ownership was transferred within a week to an LLC in Delaware, which ensured the property’s owner wouldn’t be disclosed.

These massive property purchases go against the Black Lives Matter Marxist ideology. In communism, there is no such thing as private property. All property is communally owned, and each person receives a portion based on what they need. … By contrast, under socialism, individuals can still own property.

Back in mid-March, Boston Black Lives Matter Monica Cannon-Grant and her husband, Clark Grant, were hit with an 18-page federal indictment for fraud and conspiracy, reports FOX News.

Federal authorities allege that the husband and wife duo defrauded a large sum of donor dollars out of over $1 million in grants and donations to their nonprofit, Violence in Boston, which supposedly aims to help violence survivors in the city.

Prosecutors declined to say how much money was allegedly taken by the couple and Black Lives Matter activists claimed the couple’s innocence online.

Chinese Food Delivery Worker Punched, Robbed of $5, and Shot At

Let’s not forget Black Lives Matter’s earliest supporter and activist, Charles Curtis Wade, who was arrested in 2016 for human trafficking and prostitution. Wade tried to hire a 17-year-old for sex.

Wade is the founder of Operation Help or Hush and used online ads to organize meetings between a 17-year-old girl and customers who paid her for sex. Wade denied these allegations by stating he thought the girl was 20 and was asked by her for help.

In a subsequent interview with police, the documents state, the woman said Wade was aware of her age and referred to himself as her “manager.”