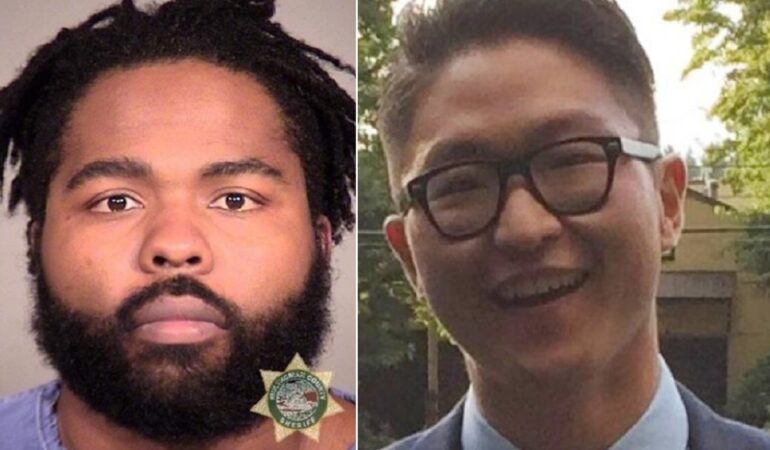 MULTNOMAH COUNTY, Oregon—A judge has sentenced 31-year-old African-American Allen A. Coe to life in prison after he pleaded guilty to murder in the second degree, attempted murder, and burglary on Friday, March 18, for the October 2020 fatal stabbing of entrepreneur Matthew Choi.

Upon Coe’s arrest back in late 2020, detectives gathered a saliva sample from him and later matched it to foreign DNA found on Choi’s hands.

“There was no other DNA detected from any other person,” prosecutors said. “Investigators have no explanation other than a homicidal attack to explain why the defendant’s DNA is on both of Matthew Choi’s hands.”

After 25 years, Coe may be eligible for parole.

On the night of October 25, 2020, just hours after celebrating his 33rd birthday, Coe entered Choi’s apartment around 2 a.m. while he was sleeping on the couch and his girlfriend was sleeping in the bedroom, according to the Multnomah County District Attorney’s Office.

The girlfriend woke up from the sound of the front door closing and saw a dark figure run toward the bathroom. She immediately woke up Choi and then called the police.

Choi’s girlfriend then went into the bathroom while on the phone with 911. Coe allegedly came in and tried to stab her. That’s when Choi entered the room, grabbed the suspect, and was stabbed multiple times. He did everything he could to keep the woman he loved safe. The girlfriend was not injured, according to KGW8.

“At that moment, Mr. Choi grabbed the intruder from behind and the two men struggled as the intruder began repeatedly stabbing Mr. Choi,” prosecutors said. Choi was pronounced dead at a nearby hospital. A medical examiner determined the cause of death was multiple stab wounds to the chest.

When police finally arrived on the scene, they found a green backpack in the communal trash room next to Choi’s apartment. The backpack contained two social security cards that had been stolen from two different residents at Choi’s complex, reports KGW8.

Upon further investigation, police identified Coe wearing a green backpack in surveillance footage around the complex on the night of the murder. Coe could not explain how the backpack ended up next to Choi’s room when interviewed by investigators.