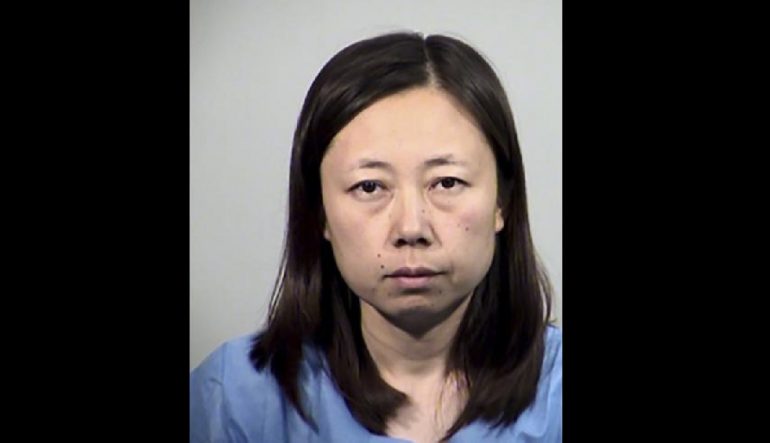 TEMPE, Arizona—A 40-year-old Japanese woman threatened to stab her husband over an argument about moving back to Japan before she killed their two children with a meat cleaver in a Phoenix apartment, according to AP.

Yui Inoue drove herself to the local police station around 7 a.m. Saturday and told authorities she was hearing voices telling her to kill her children. Police say Inoue’s primary language is Japanese and an interpreter was needed during their interview.

Upon Inoue’s confession, police discovered a 7-year-old boy and a 9-year-old girl dead in her apartment. The bodies were under a blanket and boxes and “there were significant injuries to their bodies including numerous lacerations, incised wounds and some amputations, consistent with a violent attack and defensive wounds,” stated Sgt. Steven Carbajal, a Tempe police spokesman.

Sgt. Carbajal also stated Inoue had blood and lacerations on her body when she was detained and there were bloodstains in her vehicle as well, reports AP.

A meat cleaver with a 6-inch blade was discovered inside a bag with blood-stained clothing in her vehicle, according to Carbajal.

“There were several pieces of information/evidence that led detectives to believe that the cleaver was the weapon used during this incident,” Carbajal said.

Inoue woke up around 4:30 a.m. Saturday with blood on her hand and arms and the two children were dead and bloody near the doorway of the bedroom, she stated to police.

She continued to state she didn’t initially believe she killed her children but said she couldn’t remember and “woke up” to the situation after taking a bath.

According to AP, police were called to the apartment earlier Saturday morning because of a domestic dispute involving the couple. Police later interviewed Inoue’s husband and confirmed he left the apartment around 12:30 a.m. Saturday after arguing over money.

The husband indicated the children were asleep when he left the apartment and didn’t have concerns anything would happen to them. He further explained he slept in his car in the parking lot of the bank where he works.

Inoue is being charged with first-degree murder.