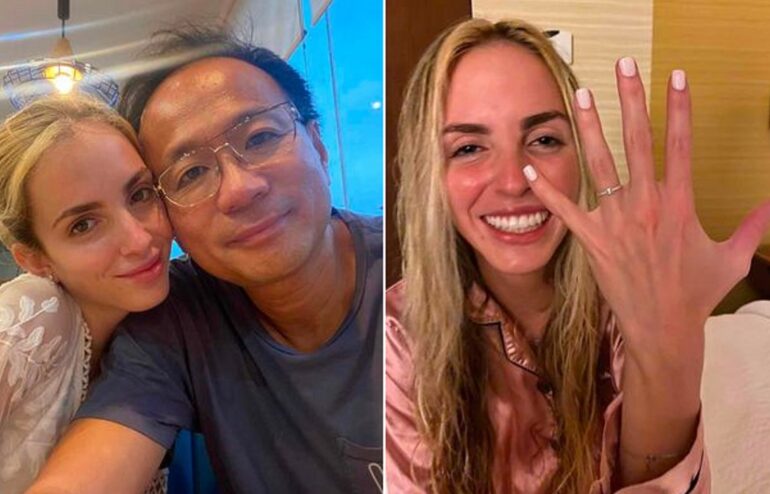 LAS VEGAS, Nevada—51-year-old Brandon Wade, the multimillionaire who created the dating site Seeking Arrangements, which hooks up rich sugar daddies with young women has finally found the love of his life.

Wade infamously stated love was “invented by poor people” and never expected to find “the one” for himself until now.

Wade’s new love happens to be a 21-year-old economics student and she not only won his heart but his trust as well.

“Once you go Caucasian, you can’t go back to Asian,” said a white girl to her Asian boyfriend in almost every AMWF (Asian Male White Female) relationship.

21-year-old Dana Rosewall seems to be doing something right. Turns out she had a profile on Wade’s Seeking Arrangement website and managed to engulf the thrice-married Asian millionaire so hard, he waived his right to divorce when he weds again this year.

Dana and Brandon both live together in Las Vegas and stated: “Mine and Dana’s love is eternal, timeless and transcends this life.”

“Marriage was a significant event and we wanted to send a message to the world. This isn’t a stunt, this is a huge commitment.”

Before meeting Dana, Brandon said he spent most of his adult life believing love was “not real” and it was for peasants.

But the 21-year-old opened his eyes after they connected on his site.

“She said love is the only thing you should be attached to in this reality. We realized that no matter what, even if I lost every cent tomorrow, as long as I was with her on this journey to explore love, I would be okay.”

Brandon continued to say “I didn’t feel this attachment to our wealth, as we will always be there for each other.”

“Neither of us wanted to get married when we first met, but we decided to do it because we finally understand what love is.

“And now that we understand it, there is no reason for a divorce, so I am going into marriage later this year waiving my right to have one.”

Asian Woman Has Hair Pulled, Spat On, and Told to ‘Speak English’

According to The Mirror, the arrangement will see them sign a waiver that will “give up” their right to divorce.

A month after spending his 50th birthday alone in the summer of 2020, Brandon received a DM from Dana. They spoke for four hours and immediately felt a connection. He asked if he could fly to Orlando, Florida, where Dana lived, so they could have a meal together.

Brandon flew out to Florida the next day and Dana told him she would show him what “love really is.”

After dating Dana for the past year, Brandon realized how his ego caused him to become deeply unhappy. He had to look at himself in the mirror but probably not just at the mirror, he had to look through the mirror at his eco-reflection…..

“Once I started to dig down inwards, it was an abyss. Dana has shown me that true love requires understanding, compassion, and giving with good intentions.”

After proposing in early January 2022, the couple now hopes to tie the knot later this summer.