Immigration Lawyer Stabbed to Death in His Queens Office 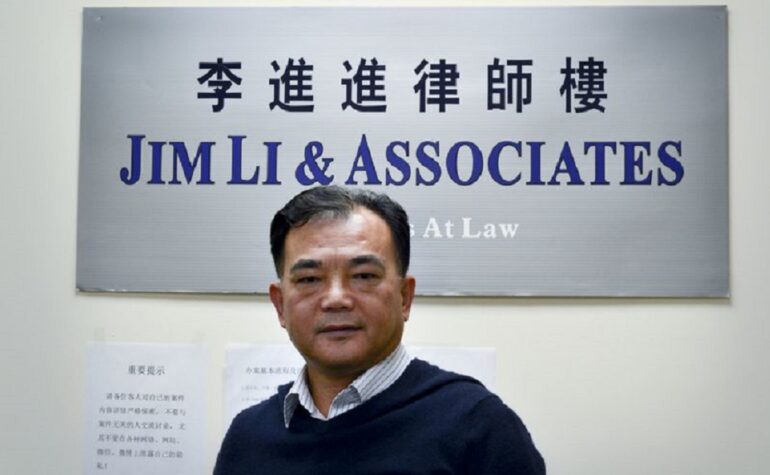 QUEENS, New York City—Jinjin (Jim) Li, 66, a survivor of the 1989 Tiananmen Square incident and immigration lawyer was fatally stabbed to death in his Queens office Monday by a woman enraged that he wouldn’t take her case.

“I can’t believe it. She not only destroyed his life, but the hope of our community,” said his best friend, lawyer Wei (Wayne) Zhu. “He wanted to realize democracy in China. He will never realize that dream.”

On Monday, March 14, a 25-year-old woman who made a disruptive scene at Li’s law office last week, returned with a knife, according to the Daily News.

The woman, identified as Xiao Ning Zhang, stabbed Li in the body and neck in his office on 39th Ave. near 138th St. in Flushing about 11:40 a.m. He was rushed to Elmhurst Hospital where he was pronounced dead.

The 25-year-old female suspect was taken into custody and charged with murder and weapon possession, reports the Daily News.

“He even told the police not to arrest her. ‘She is young. Let her have a future.’ He was a great man,” he added to the Daily News. “He was a free union counsel at Tiananmen. He was arrested and detained for over a year and a half.”

“He didn’t want to take her case. There was no reason to kill him. She came here last Friday and made a scene. The office called police but she ran away,” Zhu said.

“That probably triggered her anger. Today she came with a knife, with the intent to kill him,” he alleged.

The suspect came to the U.S. in August 2021 on an F-1 student visa to go to school in Los Angeles. However, she didn’t attend school and flew straight to New York and applied for asylum. She claimed she was raped by police in Beijing who sent her to a mental facility, according to Chuang Chuang Chen, CEO of the China Democracy Party.