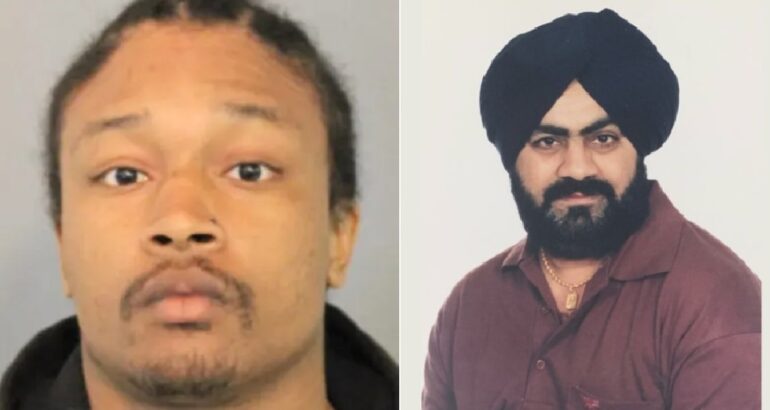 BENICIA, California—Police arrested 21-year-old Nyzell Marquis Dubuisson in connection with the death of a convenience store owner earlier this week.

Officers responded to a store alarm around 10 p.m. and found Singh suffering from a gunshot wound. He was pronounced dead at the scene moments later.

The shooter had already left the scene and police believe the shooting stemmed from a robbery. Surveillance video was released showing a man running away from the store, according to KTVU2.

Benicia police say Dubuisson was also wanted for numerous other burglaries and robberies in the area. Police did not release specific details on what led officers to find him and arrest him in connection with Singh’s death.

However, multiple Bay Area police departments from Oakland to Solano as well as the FBI helped with the investigation.

“This crime is one of the most heinous crimes that this community has seen in recent years,” Police Chief Mike Greene said in a statement. “It hit me, and the rest of this community, personally.”

“Benicia has experienced a great loss and I would like us to remember him for who he was, a cherished community member,” the chief stated.

“He took so much pride in it,” his eldest son wrote on Facebook. “It was his pride and joy. That was the highlight of his life… He came to America, opened a business, and provided for his family through this store.”

Singh immigrated to the United States in the early 90s leaving his wife and his firstborn to better provide for his family until they joined him a couple of years later. He was described as a proud father who made sure that both of his sons received a proper education.

Asians make up 57% of Silicon Valley’s workforce from Apple, Google, Intel to Facebook, according to Axios.

Residents say Singh loved children and was known to give out free candies and ice creams to children coming into his store, according to KTVU2.

“He spent his whole life at that store,” his son said on Facebook. “People would come to the store for him. He was their therapist, friend and brother.”