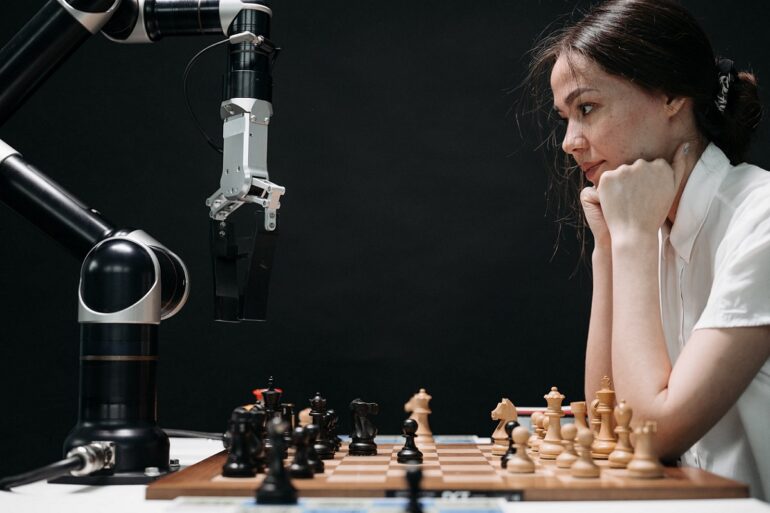 UNITED STATES—American officials are stating “We are fast approaching another Sputnik moment, we can’t afford to ignore.” Sputnik is a reference to the first satellite ever launched into space in 1957, which was built by the Soviet Union, utilizing captured German scientists.

After World War II, the United States captured about 1,600 German scientists and between 500 to 1,000 Japanese Imperial scientists to help excel its space, biological warfare, and naval programs. The blanket name for this operation was called “Operation Paperclip.”

The United States was initially hesitant to utilize the potential of these scientists to its fullest extent because many of them were war criminals, however, once the Soviet Union began winning the space race—utilizing their own captured German scientists—the US issued full American citizenship and promotions to German and Japanese scientists. The German scientists basically controlled JPL and NASA.

The United States is now counting on Asian immigrants as their new version of “German scientists.” In a 184 page document titled “US Defense Industrial Base Industrial Capabilities Reports January 2021,” America is facing a non-reversible loss to its competitive edge.

Math is considered “racist” and gender education is taking priority and if Americans fail to modernize and adjust with the times, this country faces a “permanent national security deficit.” In July 2021, Admiral (Ret) William McRaven, the former US Special Operations Command commander and chancellor of the University of Texas bluntly stated America’s disastrous “K-12 education” kept him up at night.

“Today’s education pipeline is not providing the necessary software engineering resources to fully meet the demand from commercial and defense sectors, and resources required to meet future demands continue to grow…Decades of neglect have left the robust system of technical schools the nation once relied upon for industrial training badly weakened and the existing workforce is rapidly aging out, taking irreplaceable tacit knowledge with them…Programmatic responses to education and training needs still largely focus on four-year STEM-based programs rather than digital industrial skills on the factory floor.”

The report also reveals the United States is graduating fewer students with STEM (Science, Technology, Engineering, Math) degrees as a percentage of the population compared to China and the trend is actually getting worse every year. The report states China is four times America’s population and produces eight times the number of STEM graduates while Russia produces almost four times the number of engineers.

As the pool of U.S. domestic technical talent shrinks, the number of foreign students stepping up to fill the talent gap has increased. Analysis of the National Science Board’s 2020 Science & Engineering Indicators Report reveals that more than one-half of all U.S. doctorate engineering, computer science, and mathematics graduates are foreign-born, reports the National Interest.

The number of Chinese military hackers outnumbers the entire United States armed forces, which means the Chinese would completely overwhelm the United States in cyber warfare, espionage, and completely cripple Taiwanese defenses should war ever break out.

The report suggests the Biden administration adjusts its immigration plan and relax H-1B non-immigrant visa restrictions and focus on foreign graduates with advanced STEM degrees and have them remain in the country after obtaining their master’s or Ph.D. degrees. However, many critics argue that policy would severely limit the number of African and Latino immigrants.