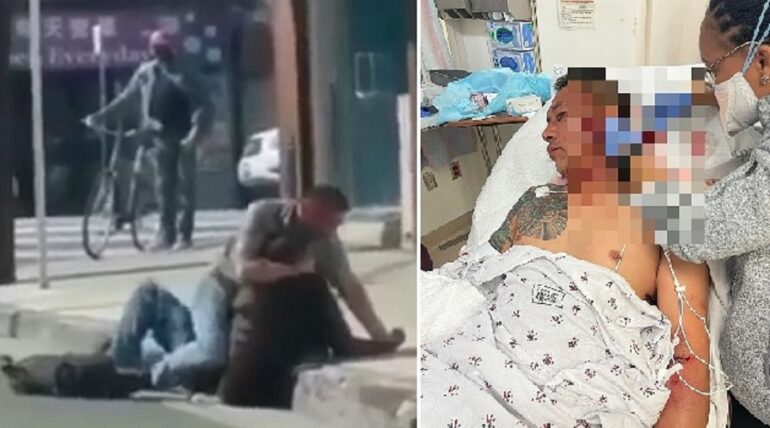 According to ABC7, the incident happened near Alpine Street and Broadway Avenue Wednesday afternoon. A portion of the attack was captured by a passerby.

According to the victim’s brother, David Yu, William Yu had the suspect pinned down by the time police arrived, despite being severely injured

“We didn’t imagine something like this, something so violent,” stated David Yu.

William Yu was stabbed in the face, head, neck, groin, and abdominal area.

“You have to be on your guard, unfortunately. That’s the sad part,” said Yu. “Why? Why would we have to? It’s really because folks … they’re doing that type of criminal activity, assaulting people. My brother was just walking to the store. Literally, just minding his own business, and someone comes up with a knife, and literally tried to kill him. Thank goodness he’s a strong guy. He defended himself.”

The suspect was identified as 50-year-old Timothy Mears. He was arrested on a felony mayhem charge.

A GoFundMe page has been set up. It can be accessed by clicking HERE