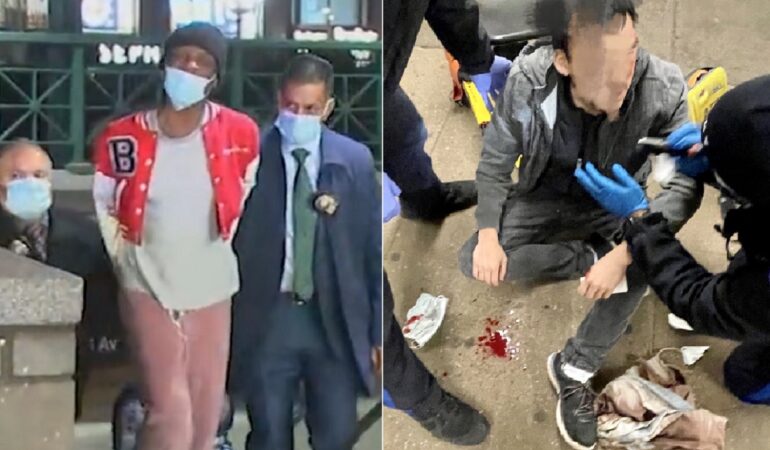 An Asian couple was at the 14th St. station when one of them accidentally bumped into Jeffers. Both parties exchanged words, which turned into a full-blown argument.

Jeffers then pulled out a hammer and hit the 29-year-old Asian male victim in the head. He then fled the scene.

The 29-year-old victim remained conscious and was taken to Bellevue Hospital, where his condition is described as stable.

Footage of the attack shows Jeffers pulling out a hammer from his purse and saying: “Why you hit me?” before attacking the victim. “Why the f**k you hit me?”

As 48-year-old Jeffers was being led to a patrol car last night, March 9, an NBC4 reporter can be heard asking Jeffers why he attacked the Asian man. Jeffers gave multiple excuses from “He hit me [first],” to blaming “slavery” toward the end of the 44-second clip uploaded by ABC’s CeFaan Kim.

However, they also point out Caucasians attack Asians out of hate because most Caucasians are wealthy and that’s what makes “white people more dangerous than Black people. Black and Asians should unite against white supremacy.”